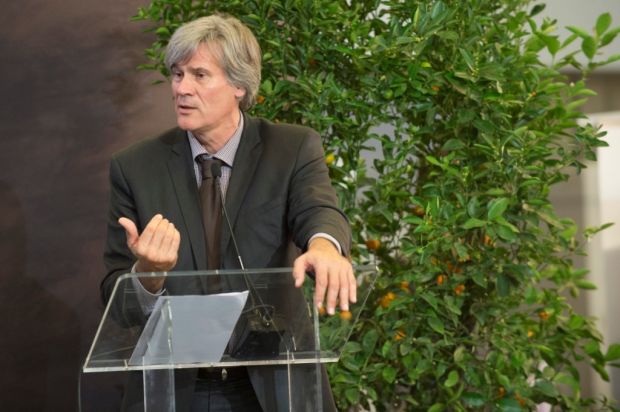 Stéphane Le Foll is the French Minister of Agriculture.

FRANCE, Paris. France rolls out its two-year trial for mandatory country of origin labelling (COOL) for meat and dairy in prepared foods, this month.


The initiative concerns ready meals with a certain amount of meat or milk in them. If dishes contain more than 8% meat and 50% milk their origins must be mentioned on the label. Only meals with 100% French meat or French milk can contain the label “Produit d’origine Française”.

Interbev, French trade association which represents meat processors and livestock, said it was pleased with the significant advances made, giving consumers clear and transparent information on the product s they buy. It has been campaigning for origin labelling on fresh and processed meat since the ‘Horsegate’ scandal of 2013 when DNA testing found horse meat in preprepared beef lasagne, sparking a crisis in consumer confidence.

However, not everyone is happy with the decision on the trials; FoodDrinkEurope (FDE) said the pilot will have a negative effect on the supply chain because it only applies to France and ‘sets an irreversible precedent for the fragmentation of the EU Single Market for foods and drinks’. The European Dairy Association (EDA), also claims dairies in border regions will be hit as they may have up to five EU member states in their milk collection area.

In its defense, Monique Goyens, director general, consumer rights organization BEUC, said the French decree is in line with the Food Information Regulation (FIC), as its main aim is to protect consumers and respond to their demand for information on the origin of their food. The Food Information to Consumers (FIC) legislation (1169/2011) says member states can introduce addi tional mandatory label ing if there is evidence a majority of consumers feel this information is important.

The European Commission will submit a report on the effects of “visual labelling” schemes to the Council and Parliament by December 2017, but no firm decision on their legality is expected before then.