Signing MOU with UAE for Halal 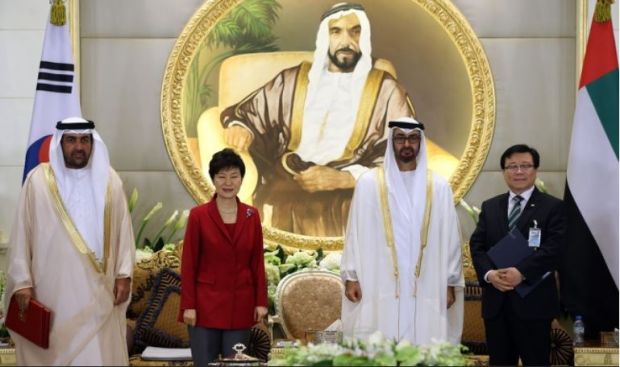 KOREA, Seoul Korea has signed a memorandum of understanding with the UAE to develop its Halal food industry, with the aim of almost doubling its current $680 mill. Halal food exports to $1.23 bn. by 2017.

Korean president Park Geun-hye launched the initiative during a visit to the UAE this month. Under the terms of the MOU, Korean producers of Halal food will now be able to obtain certification from UAE authorities more easily, smoothing the import process.

Following Park's return, her government started the process of establishing new Halal bodies and schemes to promote the industry. At a cabinet meeting last week, the minister for agriculture, food and rural affairs, Lee Dong-pil, said the government would set up a Dubai branch of the Korea Agro-Fisheries & Food Trade Corp.

The Korea Muslim Federation is likely to be the organisation to issue Halal certifications on behalf of the UAE government, according to the agriculture ministry. The ministry will also build a dedicated "Halal food complex" within the under-construction food industry zone in Iksan, according to Korean media.

Halal food has become a significant focus area for Korea this year, as its producers see the potential of what is predicted to be a $1.6 trill. global market by 2018. President Park singled out Halal has a priority for her government in her new year address in January.

A number of Korean producers have already moved to Halal production, with a view to exporting to the Middle East. According to the government-run Korean Information Service, instant noodle producer Nongshim started producing a Halal version of its noodles in 2011, and began exporting to Saudi Arabia, the UAE and Qatar. Since launch the firm has seen sales rise from $900,000 in 2011 to $2.5 mill. in 2014.
Source: The Korean Times