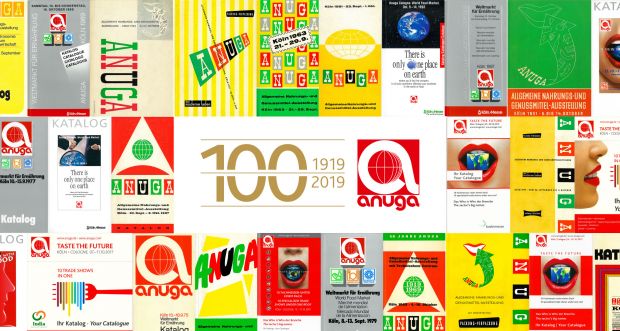 GERMANY, Cologne. In 2019, Anuga is celebrating its 100th anniversary - a remarkable sign of its long-term support of the industry. The first Anuga took place in Stuttgart in 1919 with the participation of around 200 German firms.

Based on the concept of an annual touring exhibition, further events of the General Food and Luxury Exhibition were staged, among others in Munich in 1920, in Berlin in 1922 and in Cologne in 1924. With around 360 exhibitors and 40,000 visitors, the first Anuga in Cologne was the best event since its inception, which is why the organisers opted for Cologne as the permanent location.


In 1951, for the first time over 1,200 exhibitors from 34 countries took part, whereby Anuga ultimately established itself as the central international business platform for the food industry in Cologne scheduled every two years. Over the course of time, due to the staging of leading trade fairs such as ISM and Anuga FoodTec, the trade fair advanced from being a food and processing platform into becoming a trade fair purely for food and beverages.


In 2003, the Anuga "10 trade shows under one roof" concept was implemented. Today, with 7,405 exhibitors and around 165,000 trade visitors from the trade and out-of-home market, Anuga has developed into the leading global trade fair for food and beverages.


Details of the jubilee