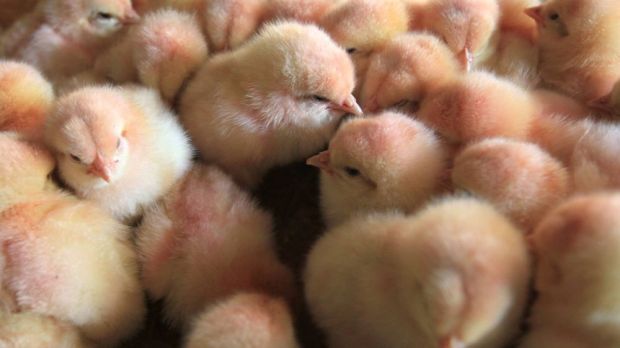 
The countdown is on: By the end of 2021, the common practice in laying hen production of killing male chicks shortly after hatching because it is economically unviable to raise them is to be banned. This was decided by the German government today, Wednesday. "With my law, I am ensuring that only eggs without chick killing are produced in Germany. This unethical practice will then be a thing of the past. This is a significant step forward for animal welfare: worldwide, we are the first to take such clear action," said Federal Agriculture Minister Julia Klöckner (CDU) in Berlin.

Farms have at their disposal - in addition to raising brother cocks and using dual-purpose chickens - market-ready alternatives for sexing hatching eggs. However, these methods currently operate in a period from the 9th to the 14th day of incubation. Therefore, the existing procedures are to be used and further developed only as a bridging technology. This is because in a second step, after December 31, 2023, the law provides for a ban on the killing of chicken embryos in the egg already after the 6th day of incubation. "We offer the farms a concrete solution to prevent a migration and thus an outsourcing of this animal welfare issue to. We want to be a pacesetter and role model for other countries as well. From the trade I expect that it now follows its announcements also concrete deeds and changes its assortment accordingly", so Köckner further.

A ban is now considered legally certain because there are market-ready methods for sex determination in hen's eggs that can be mass-produced by the end of 2021. The ruling by the Federal Administrative Court in June 2019 still states that killing male chicks after they hatch is permissible until alternative technologies for sex determination in hen eggs are ready for practical application and can be used accordingly across the board.