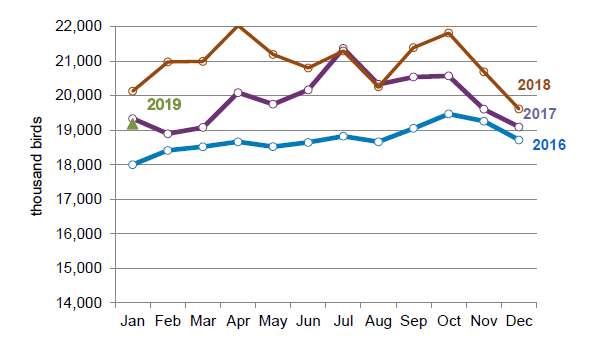 Average number of broilers slaughtered per week in the UK

The key results for January 2019 in comparison to January 2018 are given below: