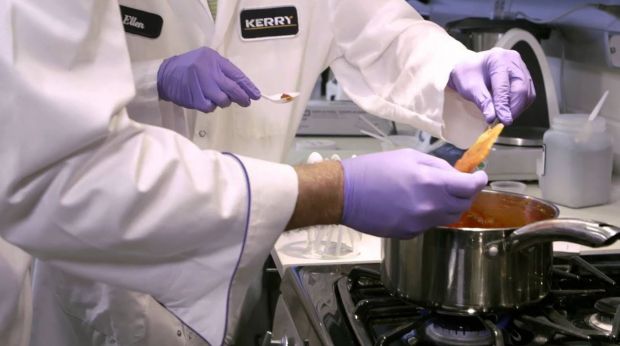 Plant-based meat alternatives are becoming more sophisticated and taking on meat-specific attributes, according to Kerry. Taste, texture, aroma and appearance should be formulated to mimic meat. Protein levels and composition should be comparable to meat. The meat alternatives should be a 1:1 replacement of items like beef, pork, poultry and seafood.

About 73% of the 538 Americans in the Kerry survey said meat alternatives should mimic the taste of meat. Companies wanting to manage off-notes have options: taste-modulating ingredients, marinades, rubs, glazes, seasonings, meat flavors, smoke and grill flavors, and yeast-based systems and non-yeast-based systems that enhance savory flavors.

Ingredients perceived as clean label are factors, too, as 48% of those surveyed said they perceive plant-based meat alternatives to be more processed than meat. Formulators should consider natural flavors and extracts, natural preservatives, and seasonings perceived as a clean label, according to Kerry.

The survey found 41% of respondents said high protein was the most important attribute in plant-based meat alternatives. Other top answers were natural at 30%, organic at 25%, no artificial preservatives at 25%, antibiotic-free at 22%, no artificial flavors at 22%, non-G.M.O. at 21%, high fiber at 21%, hormone-free at 21% and low sodium at 20%.

The protein base affects the taste, consistency and stability of plant-based meat alternatives as well as how they cook, according to Kerry. The most preferred sources of plant protein were beans/legumes at 62% and nuts at 55%, according to the survey. Other preferred sources were mushrooms at 48%, lentils at 46%, potatoes at 46%, rice at 46%, quinoa at 45%, tofu at 42%, a blend of sources at 41% and seeds at 40%.

People would like to see more plant-based options, including formats for sausage, strips and nuggets as well as crumbles that may be used in tacos, burritos, breakfast items and pizza toppings.