From Editor fleischwirtschaft.com
Wednesday, May 27, 2015 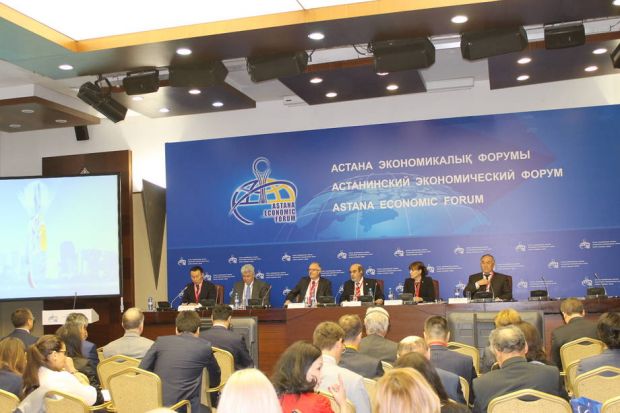 KAZAKHSTAN, Astana Eradicating chronic hunger and malnutrition worldwide will require the collaboration of both developed and emerging economies, and Kazakhstan is well positioned for leadership in this area. These were among the points highlighted by FAO Director-General Jose' Graziano da Silva as he addressed the VIII Astana Economic Forum there.


Graziano acknowledged the recent progress of many countries in reducing the prevalence of hunger, and outlined a vision for maintaining the momentum and ultimately driving hunger figures down to zero. He pointed in particular to the achievements of Kazakhstan. Since 1990, the country has maintained the total number and proportion of undernourishment at less than 5 percent of its population.

"Emerging economies, and Kazakhstan among them, have shown good examples of economic development boosted by investment and strong political commitment," Graziano said. "These efforts must serve as inspiration and can be adapted to other countries. FAO is actively participating in helping countries exchange experiences and share lessons."

Kazakhstan is a key grain producer and exporter in the region, significantly contributing to the food security of neighboring countries. It participates in the FAO-based Agriculture Market Information System (AMIS) under the aegis of the G20, and is a member of the Eurasian Economic Union which has set food security as a key area of interest. It played a leadership role in developing a regional food bank.

As FAO prepares to release its annual hunger report - The State of Food Insecurity in the World - Graziano said that 72 developing countries out of 129 monitored by FAO have met the Millennium Development Goal hunger target. Taken as a whole, the Caucasus and Central Asia region has also met the target.

The challenge of ending hunger involves food production, access to food, and sustainability, Graziano said. Also crucial are short-term social protection measures, building resilience to external shocks such as floods and droughts, recognition of the importance of family farms, and investments in rural infrastructure.

"Governments have a central role to play," he added, "putting in place rural infrastructure and creating an environment that will encourage further investments.