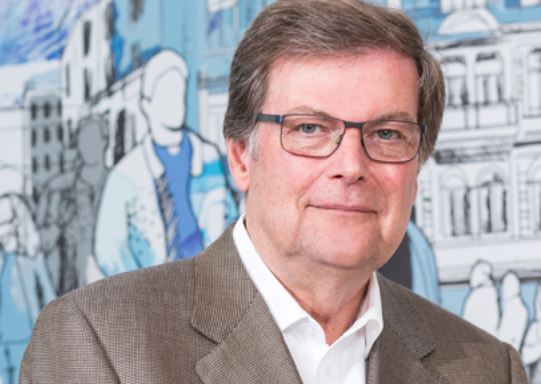 Klaus Gehrig concentrates again on his tasks in the management of the Schwarz Group and relinquishes the temporary chief position at Kaufland. Contrary to expectations, however, a new CEO has not yet been appointed.

Frank Schumann will assume responsibility for the company as of 1 September 1 – but also only as acting CEO. Until now Schumann has been responsible for administration on the board and recently represented Gehrig repeatedly in board meetings. Pierre Schalbe will be responsible for the administrative department at Kaufland from 1 September. He has been with the Schwarz Group since 2000 and was most recently Managing Director Administration at MEG, the beverages division of the trading group.

Frank Hirnschal, a prominent head of the company, is leaving the company with responsibility for purchasing. Here, too, there is initially a temporary solution. Thorsten Sauter will be responsible for the department in addition to his previous role as the country board member. The redirection does not stop at the sales department either. Stephanie Griesbaum takes over the Sales, Logistics, Real Estate and Meat Plants department. She was previously responsible for corporate development and auditing as divisional director. Her predecessor Jan Plambeck has left Kaufland.

In addition, a change at the top of Kaufland Germany is scheduled for next week. With Richard Lohmiller, a Kaufland veteran then hands over the position to Ralf Imhof. According to reports, Klaus Gehrig was even personally involved in the search for a successor for Lohmiller. According to LZ information, the 60-year-old Lohmiller, who can look back on a career of around 30 years at Kaufland, had already indicated last year that he wanted to give up his functions and retire.

Lohmiller joined the Executive Board in 1999, where he was responsible, among other things, for Sales, Real Estate and Logistics. Since 2016 he has headed Kaufland Germany. Gehrig did not want to do without the experienced manager, who would remain with the company in an advisory capacity, until he had found a successor.

With Imhof, he now has him. The manager knows the company very well because he was in the service of the large-scale specialist from 2002 to 2018. There Imhof was internationally active as head of the Polish national company and as a member of the sales management. In the course of an internal restructuring, Imhof took over the leadership in the western region in 2016. He is said to have left the region in 2018 because he did not want to support the course of the then CEO Patrick Kaudewitz. Imhof is regarded as an excellent expert who can demonstrate experience in all fields of trade and also knows the processes at Kaufland very well.

He takes over a business in Germany that has recently been characterised by many personnel changes at all hierarchical levels, weakening sales and earnings. According to reports, business is currently developing better again. In Germany, by far the most important market, Kaufland achieved sales of €13.9 bn. (net) with 670 stores. The total turnover of the Schwarz subsidiary amounts to €22.6 bn.