Jarvis: A part of it from the first hour
Jarvis

A part of it from the first hour

From Editor fleischwirtschaft.com
Sunday, May 19, 2019 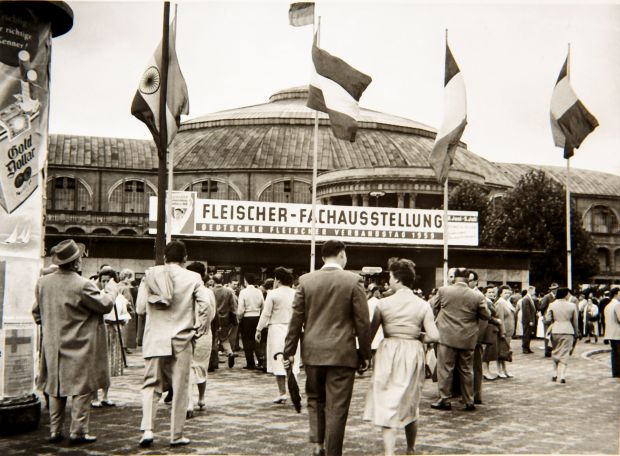 GERMANY, Frankfurt/Main. Vincent R. Volpe, President of Jarvis Products Corporation from Middletown, USA, has been at IFFA and its predecessors from the very beginning. Now 90 years old, he was also attending this year's event in Frankfurt/Main.


At the very first "Fleischer-Fachausstellung" in 1949, he had a stand that was much smaller in comparison to the current stand size of his company at this year’s IFFA: a 10-foot-booth, which corresponds to a stand front length of a good 2.60 metres. This stand was so small that it was not possible to exhibit machines and equipment from the product range at that time. Therefore, only brochures and pictures remained to familiarize interested visitors with the possibilities of slaughtering equipment from the USA.

Also the accommodation of the booth personnel of the joint booth organized by the US Department of Commerce was not as comfortable as what the exhibition location Frankfurt offers today. At that time there were not enough hotel rooms available in Cologne, where the first trade fair took place. That's why the Americans were accommodated in Düsseldorf, from where they travelled daily to and from the fair.

After Vincent R. Volpe had become acquainted with the trade fair locations Cologne, Hannover, Hamburg and other cities through regular participation at the fair, from 1971 onwards consistancy finally came into the trade fair scene, because Frankfurt was the host for the international trade fair from that time on.