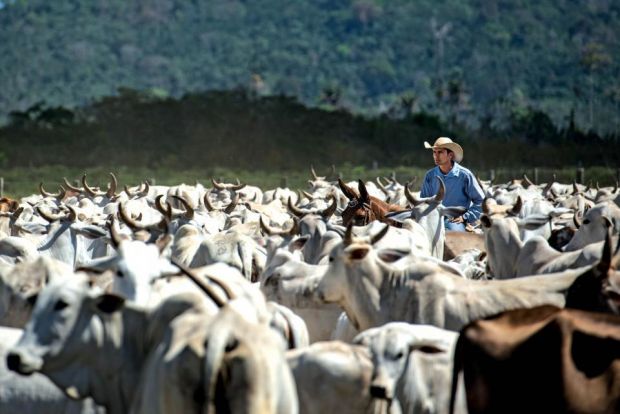 BRAZIL, Brazilia. JBS SA, the world’s largest meatpacker, has been named in a new federal investigation into purchases of cattle that were grazed on illegally deforested land. JBS has denied any wrongdoing.


IBAMA, the Brazilian environmental protection agency, released the results of Operation “Carne Fria” which is a three-year probe of more than a dozen meat packers and at least 20 farms that sold cattle raised in Para, which occupies a large swath of the Amazon Rainforest. The state capital is Belem, which is located near the mouth of the Amazon River.

IBAMA had issued an embargo against the processing facilities operated by companies named in the investigation. However, JBS appealed the embargo, and the Brazilian federal justice issued a preliminary injunction allowing JBS processing plants to continue slaughter and processing operations. JBS said 33 out of 36 of the company's facilities are operating at 65% of slaughter/processing capacity to ensure appropriate levels of supply in the market. The change in production capacity is not related to Operation Carne Fria, the company noted.

In a statement, Cameron Bruett, JBS spokesperson, said, that JBS facilities are not subject to the embargo related to illegal deforestation, pursuant to a preliminary injunction issued by the Brazilian Federal Justice. Following him, JBS does not currently purchase and has not purchased any animals from the suppliers on the list of areas embargoed by IBAMA.

According to IBAMA, JBS and several other meatpackers in the Brazilian states of Para, Tocantins and Bahia violated an agreement in which the companies agreed not to purchase cattle raised on protected lands. The agency said Operation Carne Fria is unrelated to the Federal Police anti-corruption probe in which JBS, BRF SA and dozens of smaller competitors are accused of bribing federal meat inspectors. Both companies have denied any wrongdoing in that investigation.