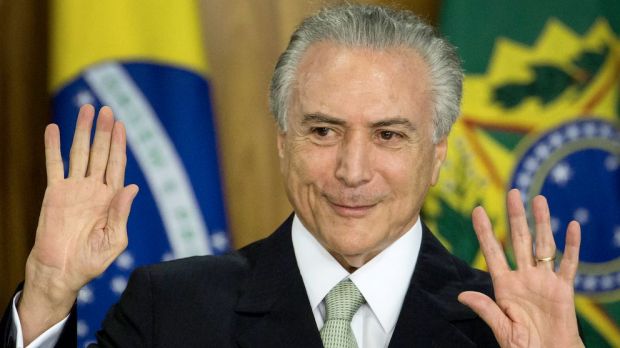 Brazil's President Michel Temer insists he has done nothing wrong.

BRAZIL, São Paulo. The controlling shareholder of the world's largest meat-packing company, JBS, has agreed to pay a record $3.2 bn. fine for its role in Brazil's corruption scandals.


J&F Investimentos will pay under a leniency deal in two corruption investigations. The payments will start in December and J&F will have 25 years to make them, prosecutors say.

Brazil's President Michel Temer is in danger of being toppled thanks to testimony given by J&F's owners, Joesley and Wesley Batista, under a plea bargain. The pair, who resigned from their board positions at the company last week, said they spent R600 mill. to bribe nearly 1,900 politicians in recent years.

Brazil's biggest-ever corruption investigation, Operation Car Wash, has been running for more than three years. The number of people embroiled in it continues to rise. The country's Supreme Court has approved an investigation into the allegations against the president.