Beef units to be sold 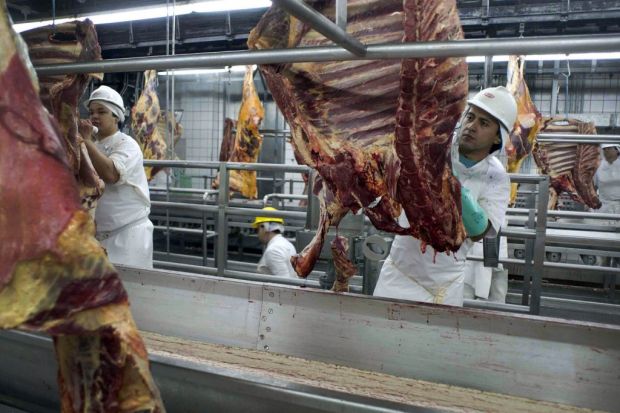 BRAZIL, São Paulo. The world's largest meat processor, JBS SA, has anonced to sell its Argentine operations to a smaller rival, retreating from a top beef-producing nation that was once a springboard for an aggressive international expansion. The $300 million transaction, expected to close in July, also involves the sale of JBS plants in Paraguay and Uruguay to Minerva.


The agreement with buyer Minerva SA is the first by embattled JBS since its founders admitted to paying bribes to Brazilian politicians in exchange for favors in a scandal that threatens to topple President Michel Temer.

The buyer, also based in Brazil, will pay $280 million in cash at the closing of the transaction, and the balance will be paid after the conclusion of due diligence.

JBS, which will use proceeds from the transaction to cut debt, experienced difficult operating conditions in Argentina after beginning its international expansion there by acquiring domestic rival Swift in 2005. Weakness at JBS' Mercosur division, comprising Argentina, Brazil, Uruguay and Paraguay, contributed to a 14.3% drop in the company's net revenue in the first quarter.

Even before that, JBS closed several beef processing plants in Argentina as its business came under pressure from export quotas imposed by then-President Cristina Fernandez, who wanted to limit sales abroad to boost domestic supplies and control meat prices. Of the five plants acquired from JBS in Argentina, four are closed and will remain so until market conditions improve there. All plants on sale have certification to export to the United States, Japan and China.