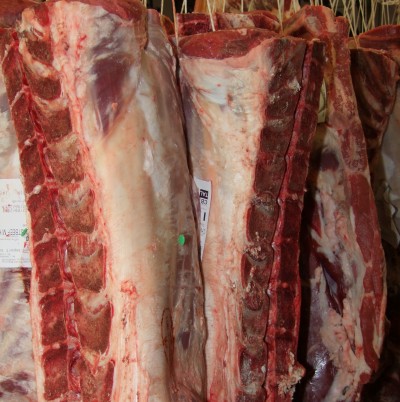 With exports to Japan last year worth $1.4 bn., Australian beef will be a major beneficiary with the 38.5% tariff to be halved over 15 years, with heavy front-end loading, including an 8% cut in the first year. This should give Australian exporters a major advantage over major competitor, the United States.

On Thursday the import tariff for Australian beef will lower from the current 38.5% to 32.5% for chilled items, and 30.5% for frozen.

The first tariff reduction on entry into force will be followed by a second cut - another 1% on chilled and 2% on frozen on 1 April, 2015, the commencement of the Japanese fiscal year. As a result, chilled and frozen beef tariff from April 2015 to March 2016 will be 31.5% and 28.5%, respectively.

The Australian Trade and Investment Minister Andrew Robb said the partnership would deliver immediate benefits for exporters. "JAEPA will expand opportunities with our second largest trading partner across a wide range of industries, including agriculture and processed foods, resources, manufacturing and services," he said and added "Like the back-to-back tariff cuts provided by the Korea-Australia Free Trade Agreement, this will deliver immediate benefits for exporters and significantly enhance their competitive position in the Japanese market."

When the deal was announced in April, the beef sector - said to be one of the winners in the ag sector - was lukewarm about the outcome. Chairman of the Australian beef industry's free trade taskforce Lachie Hart said the deal would be worth $5.5 bn. to the Australian industry over 20 years and would create opportunities for increased Australian beef sales into Japan and improve the affordability of beef to Japanese consumers.
Source: The Australian Trade and Investment Ministery