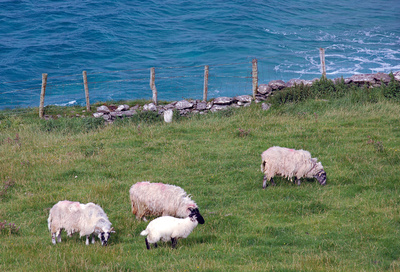 To date this year, strong supplies of cattle have been recorded at Irish export meat plants. Cattle supplies as expected have risen by almost 7% on the back of increased availability of cattle for finishing. Sheep throughput has fallen around 10% on account of lower hogget carryover into the early months of 2013. Pig supplies have increased in response to some recovery in the breeding herd.

Total finished cattle supplies at export meat plants are expected to increase by around 100,000 or 7% in 2014 with most of the increase from steers and heifers according to the Bord Bia Meat and Livestock Review and Outlook 2013/2014.

A tighter sheepmeat supply is also anticipated for 2014 with hogget supplies down reflecting a reduction in the breeding flock and the strong hogget disposals evident in early 2013.

Irish pigmeat production is expected to increase by 2% in 2014 reflecting the recovery in the pig breeding herd and advancement in productivity levels. Overall meat and livestock prospects for 2014 point to little change on the latter stages of 2013 as increased supply across most species should maintain output.

For the full year 2013, the value of meat and livestock exports increased by 8% to reach around €3.3 bn. This sector accounts for around one third of total food and drink exports. The value of beef exports increased by 10%, which was driven by a 5% rise in output and a similar jump in average prices. As a result, exports were valued at €2.1 bn.

Despite a decline in supplies, a 5% rise in average pig prices helped to boost the value of Irish pigmeat exports by 3% or €15m in 2013. A strong increase in sheepmeat export availability, reflecting a jump of 4% in output and a slower domestic demand in the latter half of the year, helped offset some easing in lamb prices. For the year the value of Irish sheepmeat exports increased by 4% to reach €220mill.
Source: Bord Bia