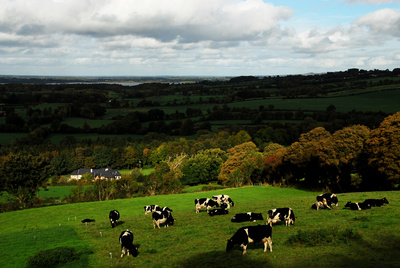 The Irish Farmer’s Association’s (IFA) President Eddie Downey has called a countrywide 24-hour beef price protest by farmers outside all meat factories from 3pm on Monday 27th October until Tuesday afternoon. He said farmer anger with the meat factories has boiled over with the massive €350 per head cattle price gap now opened up with the main export market in the UK.

The IFA President challenged the factories to explain their failure to pass back recent UK market price increases of over €100 per head.

He said for the past 12 months, the factories have hammered farmers with loss- making prices and specification cuts that have inflicted serious income damage on producers. “Farmers cannot continue to sell cattle at a loss. Teagasc figures show that on our most efficient farms, producers need a base price of at least €4.00/kg to make a small margin and €4.50/kg to make a return on investment and labour.”

Eddie Downey said farmers are very determined that beef prices at the factories must rise to fairly reflect the very strong increase in UK cattle prices, where Irish beef sales are up 20% this year. Current prices in Britain for R grade steers are running at the equivalent of €4.74/kg incl vat, which is €1/kg higher than the €3.73/kg Irish price.

The IFA President said nobody can explain to farmers why the price increases in the UK, which takes over half of the exports, are not reflected in higher prices to Irish farmers. He added that Irish prices are now also below the EU average. He called on the beef processors to reflect the stronger market returns in prices paid to farmers without any further delay.

IFA National Livestock Chairman Henry Burns said livestock farmers are very angry with the failure of the Minister of Agriculture Simon Coveney to tackle the factories on the beef issues that have seriously damaged the sector and farm incomes since last January. He said farmers feel let down on the beef specification issues and the Minister’s failure to insist that the factories implement the Quality Payment System or price grid in a fair way in line with their agreement with suppliers.

The IFA Livestock leader said the most recent Teagasc National farm Income survey data shows that incomes on livestock farms are extremely low. Teagasc has confirmed that livestock farm incomes are down 13% to 22% last year, ranging from €9,469 to €15,595.