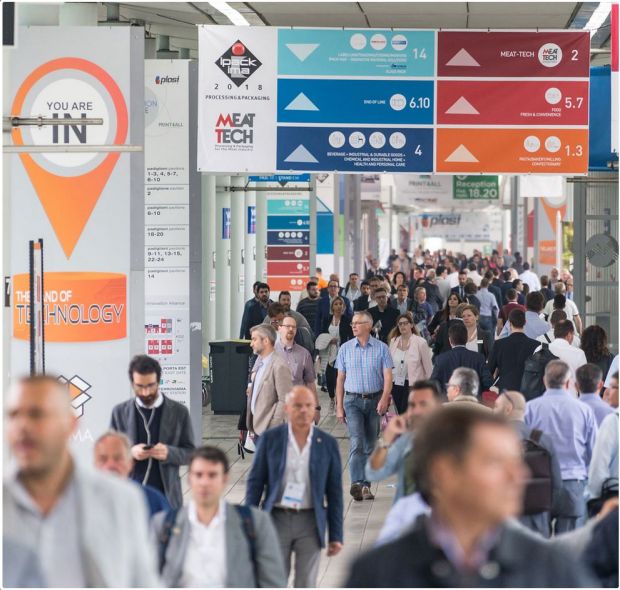 ITALY, Milan. The recently concluded shows Ipack-Ima and Meat-Tech marked the most successful editions in the history of the events, fully meeting exhibitors’ expectations and recording significant growth in all key indicators.


The 1,503 exhibitors (9.6% more than in 2015) welcomed the large numbers of visitors arriving in Milan in a net exhibition space of more than 62,000 square metres, 11% larger than at the last edition of the show. Growth in numbers of non-Italian exhibitors was particularly significant (+17%).

A total of 68,802 visitors arrived at the Fiera Milano exhibition centre during the four days of the show, an all-time record for the two events and more than double the number who attended in 2015. The reversal of the two shows’ fortunes was underscored by the strong international attendance: a total of 18,577 international visitors from 146 countries, 27% of the total and two and a half times more than in 2015.

The figures for countries of origin of visitors also confirm the international reach of the two events. Europe was the top area of residence of visitors, accounting for 57% of all international arrivals (particularly Germany, Switzerland, France and Spain), while one visitor out of every four came from Eastern Europe.

Some 15% of international visitors came from the Mediterranean region, indicating that the show is seen as a key international event for players in the region (Algeria, Egypt, Morocco and Tunisia were the best represented countries).

Asia was the second largest continent in terms of visitor origins accounting for more than 20% of international attendees (China, India, Turkey and the Russian Federation were the best represented countries), followed by the Americas with around 10% (most significantly USA, Mexico, Brazil and Argentina).

The success of the shows was also confirmed by web activity, with 600,000 views of the interactive catalogue and 870,000 visits to the event website. Ipack-Ima and Meat-Tech have generated 2.45 mill. interactions on LinkedIn, Facebook and Twitter in the last three months. This important result confirms the success of the plan to relaunch the shows carried out by the Ipack-Ima Srl team in close collaboration with the two organisations participating in the joint venture, Ucima and Fiera Milano, which made significant contributions in terms of organization and professionalism.

The fact that the large Italian machinery manufacturers belonging to Ucima had returned to the show together with other leading international companies in the sector helped to make the event even more interesting for visitors and further expanded the wide range of product offerings, including process and packaging machinery, materials, end-of-line technologies, tracking, coding and labelling, industrial components and robotics.

The exhibition layout proved very popular amongst exhibitors and visitors, with the halls organised mainly according to business communities and not – as is normally the case in exhibitions in the sector – just by the technologies on display. The aim was to make visiting the show easier for professional buyers who are keen to minimize the time they spend at trade fairs.