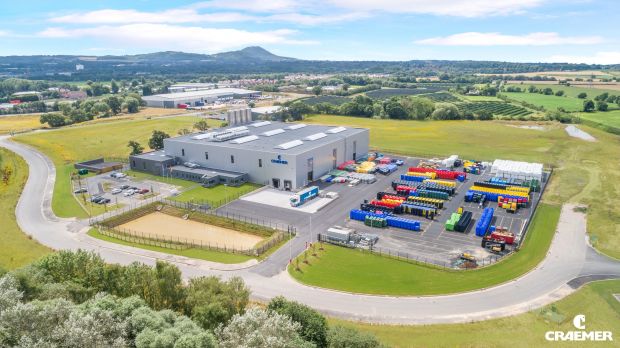 UNITED KINGDOM, Telford. Plastics manufacturer Craemer Group has now launched a facility for plastics injection moulding in Telford. It is the second plastics facility for the production of wheelie bins, pallets and storage and transport containers. The company is investing £25 mill. (€27,5 mill.) in the new site including large machinery.


The plan is to add new products to the UK portfolio: a range of four-wheeled commercial waste bins and pallet boxes, which until recently could only be manufactured at the German headquarters. The company’s expansion will create up to 70 new jobs at the Telford site.

“Since the launch of our first Telford plant at Hortonwood in 2006, the UK department has grown significantly with turnover surging from five million in 2006 to around £27.8 mill. in 2018”, said Steve Poppitt, Managing Director of Craemer UK.

Purchased in 2017, the 5.3-hectare site at Hortonwood West is less than a mile away and gives ample room for further expansion in the future. The new production plant covers about half of the land, consisting of a 6,000-square-metre production and storage hall, plus adjacent technical, office and social area as well as outdoor facilities. Production has started with three injection moulding machines, with more to follow as business develops. At full capacity, Site B will create up to 70 jobs. At the same time, the new factory will help safeguard the 65 positions at Site A.