by Editor fleischwirtschaft.com
Monday, May 22, 2017 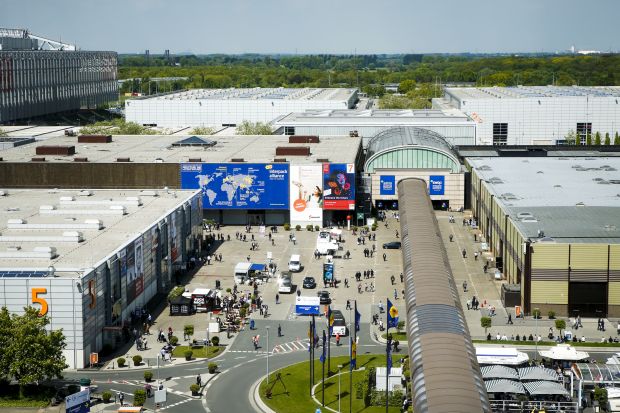 fleischwirtschaft.com — GERMANY, Duesseldorf. The avid interest taken by exhibitors in the run-up to interpack 2017 that brought the world’s biggest and most important trade fair of the packaging sector and related process industries record attendance of 2,865 companies, was followed by trade fair days from 4 to 10 May with high spirits and further records: 74% of the approximately 170,500 visitors travelled to Düsseldorf from abroad – three quarters of them were decision-makers.
Facebook
Twitter
The high percentage of German and international top-notch experts from a total of 168 countries made for highly satisfied faces among exhibitors, who delighted at promising business contacts and even concrete deals concluded in the seven-digit range. Visitors in turn benefitted from an internationally unrivalled multitude of innovations on display and a unique market overview. This was also reflected in the corresponding high scores they gave the trade fair: just under 98% stated in the official survey that they were satisfied or very satisfied with their visit to interpack 2017. They took an interest in all ranges and segments of interpack but packaging media received significantly more attention than at the previous event.

Proving a top trend at many stands was the further digitalisation of production processes on the way to Industry 4.0 applications. Production linked along these lines makes it possible to manufacture personalised packaging efficiently or to guarantee traceability, to name but two options. Furthermore, the modular design of packaging machines and process lines and optimised digital operating concepts play a pivotal role in order to reduce complexity in manufacturing and achieve the highest degree of flexibility possible for changing batch sizes or product versions. Some companies even focused on virtual reality applications that allow machines or equipment to be experienced holistically in order to manage complexity better even in the manufacturing process of machinery and equipment as well as in training and operation. The sustainability theme also remained “omnipresent” at interpack 2017. Companies presented improved resource efficiency in terms of both the material used with ever smaller wall thicknesses and of manufacturing processes. Moreover, alternative packaging materials are gaining ground.

The coming interpack will be held in May 2020 in three years' time at Düsseldorf Exhibition Centre – then with a completely new South entrance and a new Hall 1. The exact dates will be published at a later date.