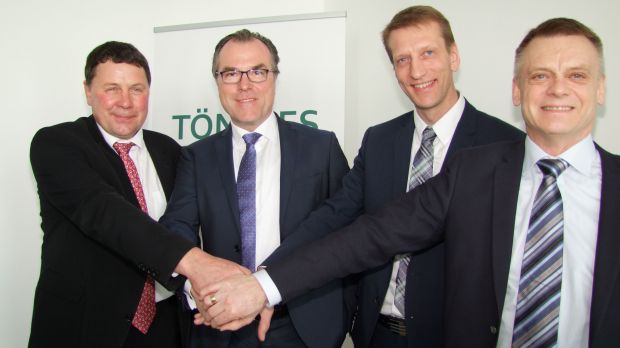 GERMANY, Rheda-Wiedenbrück The German market leader Tönnies is aiming to boost its business in Asia by taking over Tican. In the 2015 fiscal year, the group posted stagnant sales of EUR 5.6 billion despite dramatic price reductions in the slaughtered pig markets.


Clemens Tönnies declared himself satisfied with business performance in 2015. Despite a massive drop in pig prices, his team was able to maintain sales at a stable rate. Overall, 18.2 million pigs were slaughtered, 1.2 million more than a year earlier. The result might not have met expectations, but the company is far from going into the red, said the Tönnies director.


The successful beef business contributed to the positive result for the year. The Legden site was modernised and converted to a pure beef slaughterhouse. Kempten and Wilhelmshaven also posted growth, explained Tönnies. The number of cattle slaughtered by the company itself increased significantly by 16.7 per cent. Plans for a new cattle slaughterhouse are in full swing, but the director did not want to reveal any more.

Tönnies gave further details about Tican's integration into the Tönnies group. He is calculating that this will give the company better access to the Asian markets. The Danish company is not only a company with a long tradition, it also represents a well-established brand in the Far East. Together with its own facility in Brørup, the emphasis now is on merging the companies, as well as making the work processes more efficient. The Tönnies group is investing EUR 14 million in this. Overall, however, the company is also targeting a higher market share in Denmark.

The internationalisation process is also advancing: a model enterprise has been set up in Serbia aimed at developing livestock production there, the joint venture with the Avril Group was launched on schedule in April, and there are plans to construct a slaughter facility in Russia. The first steps have been taken in sounding out the spanish market. According to Tönnies, the company has rescued a slaughterhouse from bankruptcy on the Iberian Peninsula.

Including Tican, Tönnies posted revenue of EUR 6.3 billion in 2015 and employed a workforce of 12,500 employees.