Wrangling over future of Brussels office 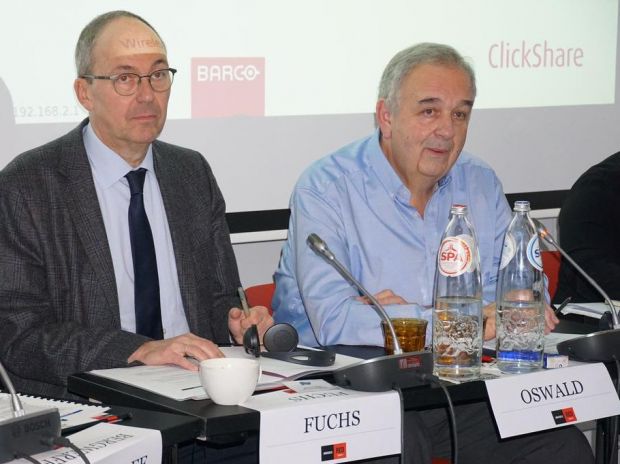 A woman is set to head the International Butchers' Confederation (IBC) from January 2020. The member country delegates appointed Jacqueline Riedinger Balzer from France as the confederation's new president in Brussels. She will be supported by Anika Lorencz from Austria, Maria Sánchez Ruiz from Spain, Ad Bergwerff from the Netherlands, and the newly elected treasurer, Eckhart Neun, from Germany. Secretary General Martin Fuchs will continue to manage daily business. After twelve years at the helm of the IBC, the current president, Jean-Marie Oswald from Luxembourg, decided not to stand again for re-election.

Balzer comes from the Alsace region of France and is familiar with the lobbying work of the craft butcher's trade in Brussels. As Vice President of the IBC she has defended the butchers' interests over the past six years. "I see myself as a European," she assured the delegates at the IBC General Assembly. She attaches a great deal of importance to collaboration and is always on the lookout for allies for her cause, she explains.

However, the question of a fairer distribution of costs among the member associations could represent a baptism in fire for the new president. At present it is the German Butchers' Association (DFV) which bears the lion's share of the costs in Brussels. These consist chiefly of personnel, rental and ancillary costs. But that situation is about to change. Dwindling membership figures mean that the DFV is no longer in a position to shoulder the main burden of the costs. A new financing model will need to be found from 2021.

A number of initial discussions were held by the member associations in the run-up to the general assembly. These were promising, but concluded without any concrete results, as IBC Secretary General Martin Fuchs reported in Brussels: "We're doing all we can to keep the Brussels office open." By the end of the year, the national associations would like to have gained an impression of how much support each association is able to provide. Based on this, a working group will put together a proposal for a new fee system which will then be decided at the spring IBC conference in Strasbourg in April. In addition, the General Assembly ratified short-term financial aid of EUR 50,000 for the DFV, financed from the IBC reserves.
More about this topic 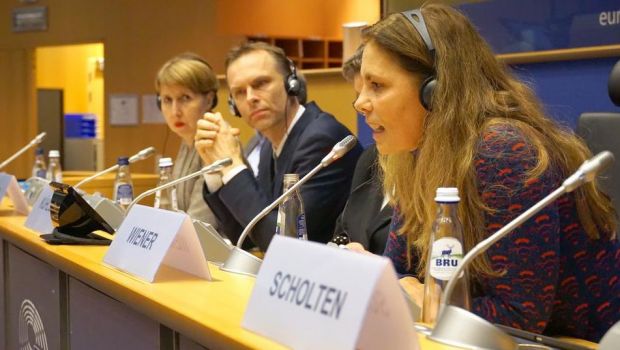 Sandra Sieler, si
European Meat Forum
No nature without animals
Europe's butchers are receiving help from a high-profile source in their quest for greater appreciation. Conference of The International Butchers' Confederation. more ››
Managing Director Kirsten Diessner impressed upon the delegates the importance of representing the interests of the European butcher's trade in Brussels. The office has succeeded, for example, in averting any tightening of the K3 material collection rules. This would have put many companies out of business," says Diessner, "as it would have required collection every 48 hours and separate storage."

Together with other agricultural and meat sector organisations, the IBC also worked to ensure that the terms "meat", "meat products" and "meat preparations" are protected against misuse for vegetarian variants, in a similar way to butter or cheese. Through the Italian MEP Paolo De Castro, the IBC managed to secure an amendment to the relevant EU regulation.

The IBC has also provided significant support in the long-running legislative procedure surrounding official inspections. And with great success – the butchers' main objectives are now being taken into account. For example, the plans for the mandatory charging of fees for initial or regular inspections have been dropped, and a fairer system has been introduced for carrying out official inspections. In addition, the possibility of reduced fees for small businesses was retained and the fee system is to be made more transparent.
Source: fleischwirtschaft.com, afz - allgemeine fleischer zeitung 49/2019 / dfv media group