Resentment over fees and vegetarian products 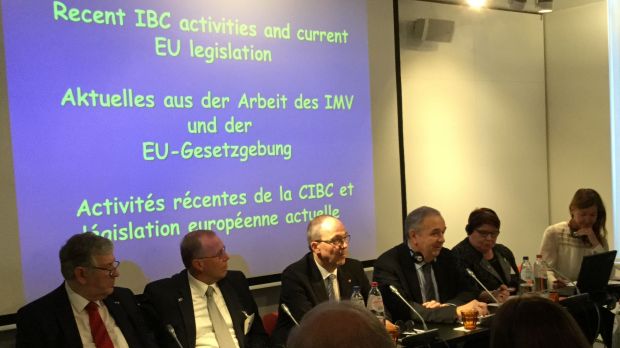 BELGIUM, Brussels The message given to European butchers in the General Assembly at the European Meat Forum in Brussels was that they need to focus on lobbying at the national level concerning the reform of the legislation on official controls. The main priorities will be preventing mandatory fees and, where appropriate, ensuring the cost transparency of the system, as promised.


At the Forum on the day before in the European Parliament, which was moderated by FleischWirtschaft editor-in-chief Renate Kühlcke, IBC President Jean-Marie Oswald had proudly listed the lobbying successes surrounding the legislation. A general mandatory fee for regular controls was prevented, for example. The fees have to be calculated on a transparent basis, and there will be no compulsory pillory with publicly accessible control results for each company.


These were the positive aspects of the EU draft legislation which is expected to be passed by the EU Parliament in spring 2017 and will then take effect three years later. Three years during which the member associations must now remain vigilent if the transition into national legislation is to be effected as favourably as possible for small craft butchers. "There is a lot of work to do for all of us in the Member States," said the IBC Secretary General Martin Fuchs, summing up the task ahead at the General Assembly.
More about this topic 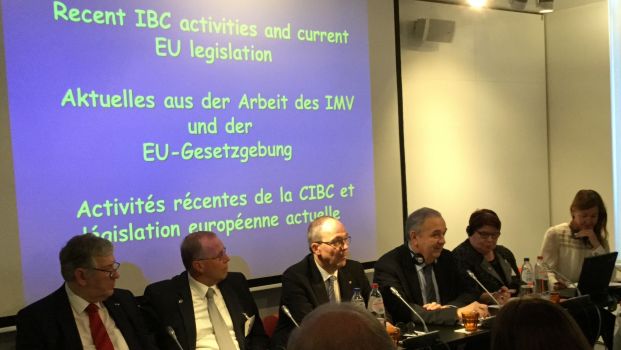 Sandra Sieler, si
European Meat Forum
Even legitimate fees can be a burden
The revised EU Control Regulation imposed no general obligation to charge fees, yet costs now need to be averted at the national level. more ››
Office Manager Kirsten Diessner also reported on the IBC's commitment to clear labelling for vegetarian and vegan meat and sausage substitutes. European MP Dr. Renate Sommer, who is also patron of the European Meat Forum, had asked the European Commission to issue a statement on whether food imitations are allowed to use traditional product names and whether the addition of labels such as "vegetarian" or "vegan" is sufficient to avoid misleading consumers, or whether additional information would be needed.

The competent EU Commissioner for Health and Food Safety, Vytenis Andriukaitis, replied that it is up to the individual food businesses to find suitable names for such substitute foods that are consistent with the food labelling requirements. Where appropriate, the Member States must adopt further provisions, he said. Nevertheless, the aim of the IBC remains to question non-meat imitations, at least from a nutritional viewpoint.

Anka Lorencz from Austria reported that the relevant ministry in Vienna had assured her that it would find a labelling solution. A possible approach which they had jointly identified, she said, was the EU market regulation which specifies (for instance) that the term 'cheese' is reserved exclusively for animal dairy products.

Eckhart Neun of the German Butchers' Association (DFV) reported on the joint initiative with the Farmers' Association, which he said could be summed up basically as "meat and sausage only from meat". The DFV Vice President was confident that a satisfactory legal regulation could be found.

The DFV-CEO Martin Fuchs regarded the heightened nutritional awareness frequently underlying the decision not to eat meat as a good approach for the craft butcher sector, too: "This is a trend we should take up." After all, meat is also a high-quality food. Too much of anything is not good - even cauliflower is no exception, Fuchs joked. "We stand for foods that are healthy," he said, encouraging the assembled butchers. Torsten Buhl from Denmark also warned against doom and gloom: "We should accept the decisions made by vegetarians, rather than demonise them."

Magdalena Haponiuk from the EU Commission reported on the progress of the implementing provision for the voluntary origin labelling for meat to representatives from ten international butchery associations. Much is still under discussion here. The first priority is making an impact assessment.

Some key points, however, gave cause for cautious optimism: the possibility of being able to provide voluntary regional information and to maintain well-established brand names is to be preserved, for instance. Nevertheless, Anka Lorencz of the Austrian Federal Guild expressed concern regarding meat for processing. In the worst case, this could originate from different pigs from different Member States, making it impossible to label.