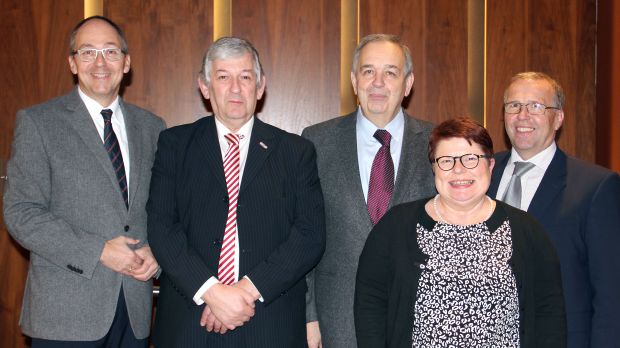 BELGIUM, Brussels The members of the International Butchers' Confederation (IBC) have re-elected their leadership in Brussels.


President Jean-Marie Oswald (centre) is thus committed to representing the interests of approximately 150,000 craft butchers at EU level for a further four years. He is actively supported in his role by vice presidents Rudolf Menzl, Jacqueline Balzer and Ad Bergwerff (left to right) as well as IBC Secretary-General Martin Fuchs.