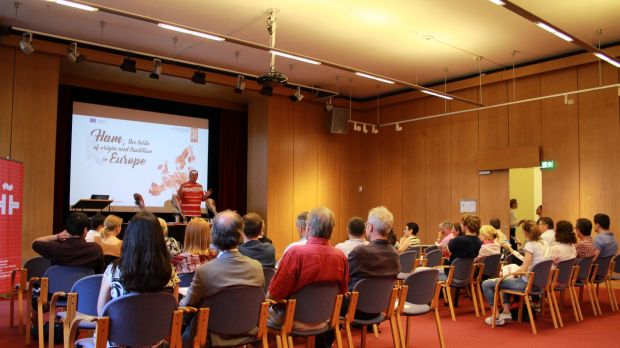 The showroom in Munich

GERMANY, Munich. In 2019 the Ibeham Project toured through various European cities. It focused on making known its gastronomic qualities, nutritional benefits and all the secrets about its natural origin and traditional production.


Promoted by the DO Guijuelo and financed by the European Union, the initiative aims to ensure that European consumers, especially those who are French, German and English, know more about this emblematic Spanish food product.

Within the Ibeham Project, throughout the past year, various activities for the international presentation of the Iberian ham were successfully carried out, with an outstanding impact among consumers in Paris, Munich and Cologne. These three European cities welcomed a variety of activities. One of the most relevant gastronomic showcases was the presence at the Anuga trade fair. 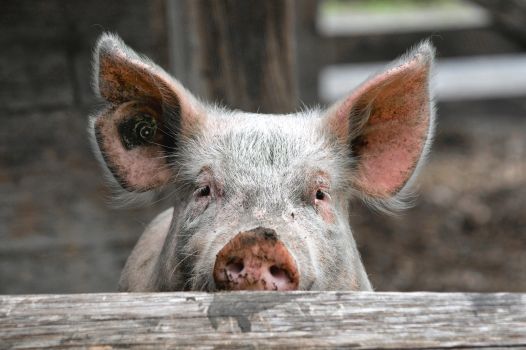 In Paris, London and Munich, showrooms were organised for gastronomy professionals, chefs, bloggers and gastronomic influencers with thousands of followers in their network, as well as nutritionists and doctors. In addition, the Iberian ham was present abroad, with product tastings that allowed it to approach the final consumer and increase project and product visibility.

Under the slogan 'Ham, the taste of origin and tradition in Europe' and guided by the DO Guijuelo, the Iberian ham has been showing up in main European cities for almost three years, connecting with thousands of consumers, opening new markets and increasing its prestige within European and world gastronomy.