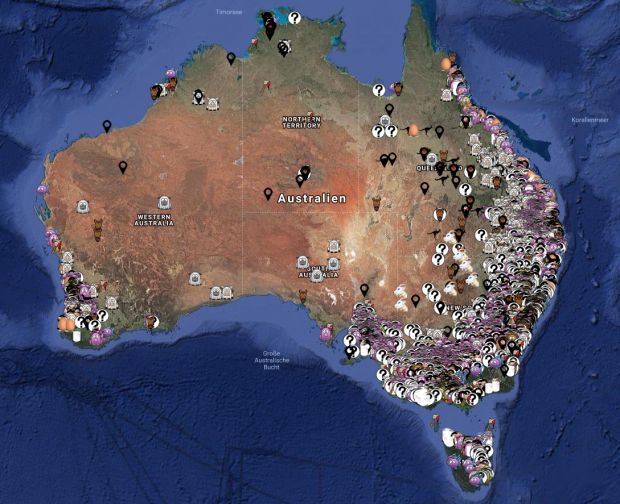 The Aussie Farms’ interactive online map of abattoirs, farms and other facilities encourages people to trespass, take photos and gather other evidence at these locations then upload to their repository.

AUSTRALIA, St. Leonards. The Australian Meat Industry Council (AMIC) CEO Patrick Hutchinson is standing alongside industry counterparts right across the supply chain of agriculture, in calling for the immediate shut down of Aussie Farms’ shaming website which implies a connection between these sites identified and animal cruelty.


The Aussie Farms’ interactive online map of abattoirs, farms and other facilities encourages people to trespass, take photos and gather other evidence at these locations then upload to their repository.

“This is not only irresponsible and a breach of privacy on all levels, but dangerous to both the activists themselves and the animals under care at these locations,” according to Mr Hutchinson.

AMIC is the peak council that represents retailers, processors and smallgoods manufacturers and is the only industry association representing the post-farmgate Australian meat industry.

Mr Hutchinson noted that Minister Litteproud’s media statement only called out the impact to farms and farmers and he wanted to clearly identify that the impact is far more reaching than that, with processing and abattoir facilities also mentioned on the shaming map.

Abattoirs and meat processing facilities are bound by a range of biosecurity and work, health and safety regulations, that if violated, can have a major impact on these businesses and those trespassing.