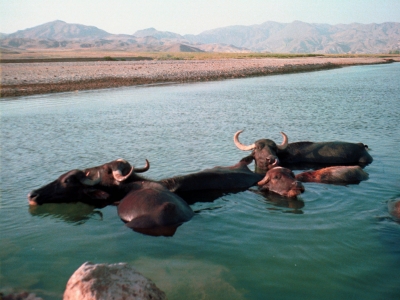 INDIA, New Dehli India is to begin exports of meat and dairy products to Russia by mid-2015, with the first shipments of buffalo meat due to take place in the coming months, according to official statements from the Russian Industry and Trade Ministry.

Indian companies are currently waiting for a decision from Russian veterinary body Rosselkhoznadzor on the list of approved suppliers.

The Federation of Indian Export Organisations (FIEO) has complained that the contracts on the supply of buffalo meat to the Russian market are still not signed, although Rosselkhoznadzor actually allowed imports of this product from four companies in India in December 2014.

The Russian veterinary body is also continuing its inspections of the Russian market with the intention to grant further export rights to other companies. Officials from Rosselkhoznadzor have confirmed that, at the end of 2014, they inspected six other meat producing companies in India and, according to preliminary information, in each case Russian vets were satisfied with the quality of the products and safety of the production process. As a result, Indian companies expect the range of products eligible for export to expand, before the first deliveries are expected later this year.

According to Russian experts, the prospects for exports of meat products from India to Russia are now clearer than several months ago. They also referred to the Russian ban on supplies from the European Union (EU) and the US and that Russia currently faces the risk of a deficit in certain categories of meat products, while for exporters in India this was the first chance to reach a new and very promising market.
Source: The Federation of Indian Export Organisations (FIEO)