Production to be doubled by the year-end 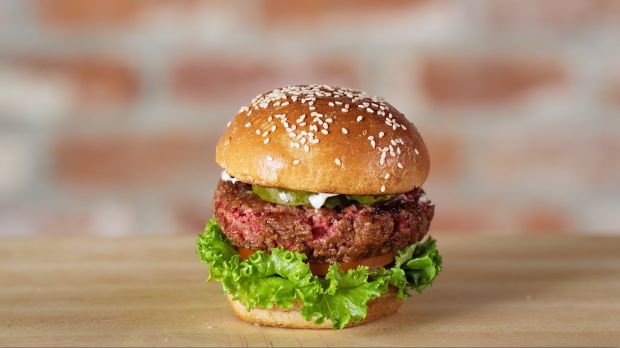 USA, Redwood City, Cal. Impossible Foods is gearing up to start a second shift at its Oakland production facility that will double production of its plant-based Impossible Burger by the year-end, and is planning a second factory at an undisclosed location as it seeks to not only match, but outperform meat from animals in taste, nutrition and value.


In its 2018 impact report, the firm – which has raised a jaw-dropping amount of money ($450 mill. in debt and equity) – says the Impossible Burger is now served at 3,000+ restaurants in the US, Hong Kong and Macau, up from 40 restaurants a year ago.

"We launched our first large-scale production facility in March 2017 in Oakland, California. One year later, we were running the 67,000 square-foot plant at full capacity on a single shift. We are now hiring employees to launch a second shift to double production," revealed the report.

"We anticipate the Oakland plant will ultimately be able to produce four mill. pounds of meat a month. We're also planning a second factory and mapping out plans to scale up our business far beyond where it is today." it added.

In recent blind tests with meat-eating consumers, half preferred the Impossible Burger, "a big improvement from less than 10% five years ago," said the company, which was founded by Stanford biochemist and genomics expert Pat Brown, PhD, MD, who has described industrialized meat production as the most destructive technology on Earth. "By the end of 2018, our goal is beat burgers made from cows decisively in blind taste tests." Pat Brown said.

Despite a growing recognition that animal agriculture is environmentally problematic, the global demand for animal-derived food is surging, added the report: "We're not going to solve this problem by pleading with consumers to eat beans and tofu instead of meat and fish. We need to solve this problem another way – not by guilting consumers into changing their diets, but by making delicious, nutritious and sustainable meats that are better than the meats from inefficient animal-based technology. The surest strategy for replacing the most destructive technology on Earth is to deliberately create foods that deliver greater pleasure and value to consumers of meat fish and dairy foods, then simply offer them as a choice, and let market demand take care of the rest."

Researchers at the Technical University of Denmark – who have no stake in Impossible Foods – recently relied on the firm's life cycle analysis (verified by third-party auditing firm Quantis) to show that replacing 50% of ground beef consumed in the US with Impossible Foods' plant-based beef would be the equivalent of removing all emissions of at least eleven mill. drivers in the US for a full year."

“It would also save at least 3.2 trill. gallons of water, release a land area the size of New England currently being used for livestock and the crops they consume, to healthy wildlife habitat." claimed the report.