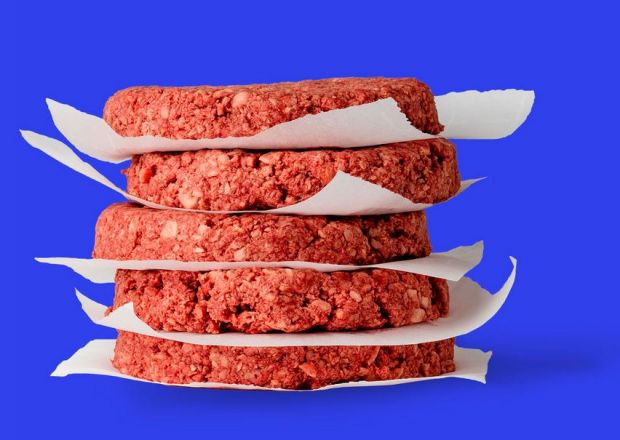 USA, New York City. Coastal casual dining burger chains Bareburger and Umami Burger have made the manufactured meatless Impossible Burger available at more of their locations. This was reported by Nation’s Restaurant News.

Bareburger has extended its offer to six restaurants in the New York City area, after a successful test at a single unit in March, and Umami Burger has brought the burger to four San Francisco Bay Area locations after launching it at its nine Los Angeles locations in the spring. The New York City-based, casual-dining burger chain became the first restaurant chain to offer the meat substitute, manufactured by Redwood City, Calif.-based Impossible Foods. Bareburger introduced the Impossible Burger in March at a location near New York University. Since then, that location has seen a 4.5% increase in sales, and one out of five burgers sold is an Impossible Burger. The item is priced at $15, compared with $11 for a standard beef burger.

The Impossible Burger is made with wheat protein, potato protein, coconut oil, carbohydrates from a Japanese yam called konjac, xanthan gum, natural flavors, vitamins and heme, a protein that’s abundant in the red blood cells of animals, although Impossible Foods gets it from meatless sources. The manufacturer said the Impossible Burger uses 75% less water and 95% less land than conventional ground beef, and generates 87% fewer greenhouse gases. In a separate press release, Impossible Foods said it expected to scale up production at its new manufacturing plant in Oakland, Calif., later this year. The 67,000-square-foot plant had the capacity to make 250 times the amount of burgers currently produced at Impossible Foods’ plants in Redwood City, Calif., and in New Jersey, the company said.