Brazil shows strength of its agribusiness 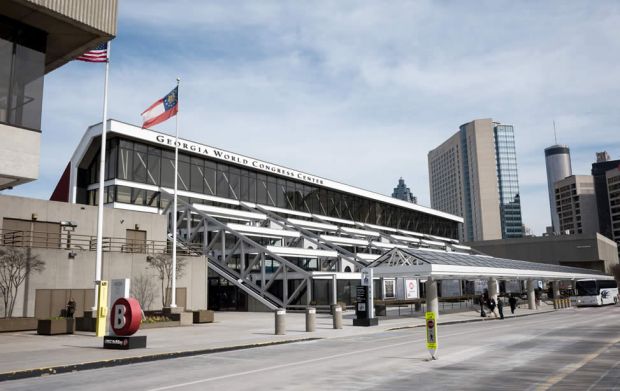 USA, Atlanta. Despite a deep political scandal that has toppled a president and given Brazil’s reputation a black eye, the country’s farms and slaughterhouses have continued doing what they do best: growing, harvesting and selling agricultural commodities on a global scale.


That was the message of a Brazilian delegation occupying a large pavilion at this year’s International Production and Processing Expo (IPPE) in Atlanta, which brings together many of the world’s biggest makers of equipment and other products for the raising and slaughter of proteins like chicken and pork. The fair is held annually in the backyard of one of the biggest poultry-producing regions in the world – the Southeast of the USA.

Amid all the other exhibitors, Brazil needed a way to stand out. For the second straight year, the government brought nearly 20 companies to camp out under yellow haloed banners labeled “Brasil,” beckoning lanyard-clad attendees to learn more about the country. In addition to small white booths surrounding the pavilion, companies could entertain clients in its spacious, cafe-style seating area.

Egbert Ferreira, Egbert Ferreira, Brazil’s new deputy consul for trade and investment at the Consulate General of Brazil in Atlanta, addresses a breakfast focused on Brazilian innovation in the agribusiness sector. “I believe we get more visibility if we join forces,” Mr. Ferreira said, noting that Brazilian producers spread throughout the show might’ve otherwise been subsumed by the sea of competition.

Agricultural production has mainly been a bright spot for the Brazilian economy, a long-standing and resilient sector whose success hasn’t been tied to government funding – now in short supply amid a clampdown on federal spending, Mr. Ferreira said. Agribusiness was what “held the Brazilian economy together” over the last few years, he added.

Indeed, Brazilian firms are among the most sophisticated and in the world when it comes to crop and protein production. As one example, US-based Pilgrim’s Pride, which has many poultry facilities in Georgia, is now 75% owned by Brazil’s JBS, a massive company that ranks among the top food companies in the world.

Brazil’s economy is now “decoupling” from its political uncertainty, with growth projected to return this year despite another looming presidential election, said Fernando Spohl, operations manager at the North American office of Apex-Brasil in Miami, which supports the country’s exports and promotes inbound investment.

The consistency of food producers and related agricultural industries like biomass and renewable energies, animal pharmaceuticals and other segments has been a big part of that story, he said. “Brazilians adapt very well. Brazilian entrepreneurs and executives, they’re heroes sometimes because they really work hard,” Mr. Spohr said of companies that plowed ahead despite the fragile economy.

Of course, the story hasn’t been all positive: Exports plummeted after March 2017, when the Brazilian federal police launched an investigation into slaughterhouses that had allegedly bribed food inspectors in a sting known as “Operation Weak Flesh.” The resulting backlash led many countries from the EU to China to close their borders to meat from Brazil, the top exporter of chicken and beef. Mr. Santin said that reaction was disproportionate to the threat, given that none of the implicated facilities were involved in exportation of meat. He said the problem was more of a publicity issue and that all countries that had closed their borders to Brazilian poultry have since conducted their own inspections and reopened their borders. Brazil is an “island” of sanitary conditions that has yet to see an outbreak of avian influenza, he said with a note of pride.

Over the last 40 years, Brazil has exported 60 mill. t of chicken to 203 countries, contributing $94 bn. to the country’s economy.