by Editor fleischwirtschaft.com
Monday, May 13, 2013 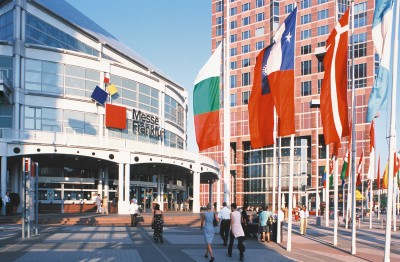 IFFA 2013 closed its doors with outstanding results in terms of exhibitor and visitor numbers and exhibition space occupied. For six days, 960 companies (2010: 942) from 47 countries presented their latest products to an audience of trade visitors.

Particular mention must be made of the high level of internationality at this year’s leading trade fair for the meat-processing industry and the butchers’ trade. With 60,266 trade visitors (2010: 58,245) from 142 countries, IFFA grew by 2.5%. 61% of all visitors came from outside Germany. The proportion was similar on the exhibitor side: 57% of companies are based outside Germany. Additionally, the exhibition space occupied rose by 6% to 110,000 square metres (2010: 103,900).

The majority of visitors from outside Germany came from the Russian Federation, Italy, The Netherlands, Spain, Poland, Austria, the USA, Switzerland and China. There were also large numbers of visitors from Australia, South America and East Europe. For the industry, the large proportion of international visitors is an important factor for the positive rating given to the fair.

Both exhibitors and visitors gave the trade fair top ratings for quality. On the exhibitor side, the positive overall rating rose from 81 to 86% and, on the visitor side, from 94 to 97%. The Messe Frankfurt poll also reveals a positive view of the economic situation in the sector. 89% of exhibitors rate it as being satisfactory to good, an increase of five percentage points. The perspective on the visitor side is similar with 88% giving a satisfactory to good rating.
Source: Messe Frankfurt