GERMANY, Frankfurt In almost exactly three months the IFFA will be opening its doors again. Every three years the leading trade fair for the meat industry is held in Frankfurt. The prospects are once again excellent, as the organizers confirmed at the international IFFA press conference on Thursday.


The fair is expected to attract around 960 exhibitors from roughly 50 countries, plus 60,000 trade visitors from 140 countries, said Wolfgang Marzin, President and CEO of Messe Frankfurt. The machine manufacturers, too, were more than satisfied: the food and packaging machinery sector bucked the overall trend in 2015 by posting growth. The production of meat processing machines is likely to have cracked the billion euro mark last year, reported Klaus Schröter, Chairman of the VDMA Meat Processing Machines association. The VDMA is expecting further growth of between three and five per cent in 2016. "It's difficult to look to the forthcoming IFFA with anything other than optimism and high expectations," stated Schröter confidently.


DFV President Heinz-Werner Süss was also satisfied with the current business situation. The craft butcher companies are doing very well, he told the international journalists. This is despite the ongoing concentration process: the companies already in the market are growing, but every year more butchers' close than open. Süss outlined the circumstances confronting shops today: changed purchasing behaviour, tough competition especially from the supermarkets, shifting consumption habits and also consumers' increasingly critical attitude towards food, including its production and place of origin. Butchers need to respond flexibly to all these factors. Many are therefore looking for support from the solutions and products presented at the IFFA. 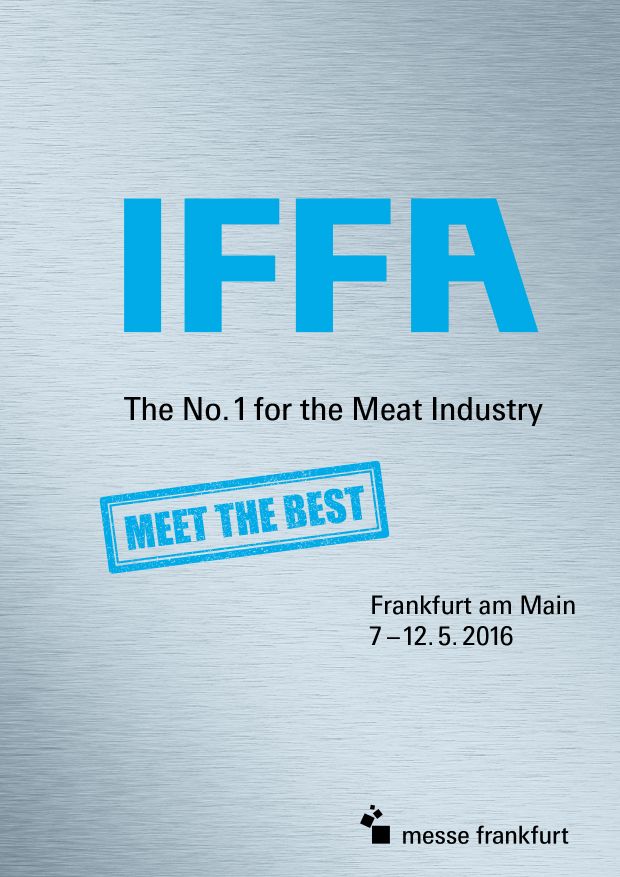 Messe Frankfurt
Süss regards the leading trade fair in Frankfurt as a "comprehensive source of information for our businesses". But it is also a meeting place for the industry, he feels. Which is why the DFV President invited his colleagues in the industry to call by at the "Marketplace of the Butchery Trade" in Hall 4, located between the competition area and the DFV, Zentrag and afz exhibition stands. Süss is confident that this will be "the central focal point". Together with Messe Frankfurt, the DFV is once again organising professional association trips, allowing the associations and their members to travel in comfort to the fair by bus. And of course, the eagerly-awaited quality competitions are an unmissable part of this event held in the "homeland of the sausage".