IFFA 2013 bigger than ever before

IFFA 2013 bigger than ever before

by Editor fleischwirtschaft.com
Thursday, May 02, 2013 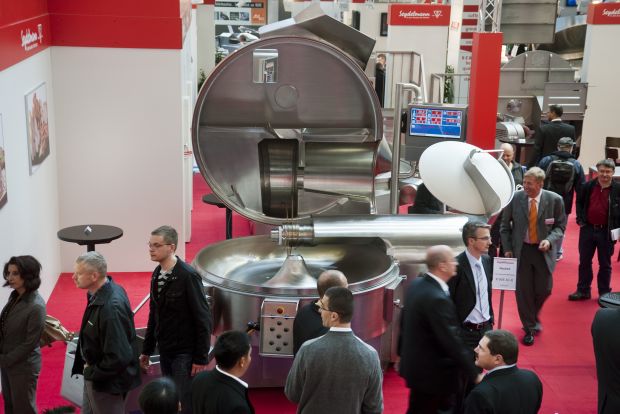 From 04 to 09 May, 960 exhibitors from 47 countries will be showcasing their innovations for the international trade and professional public in Frankfurt am Main. With a 110,000 square metres of exhibition space, this leading world trade fair can boast a plus of 6% compared to the previous show and, with it has established a new record.

The figures reflect the dynamic development of the market. All leading suppliers will be on hand to present their new products for the entire processing chain. Wolfgang Marzin, President and Chief Executive Officer (CEO) of Messe Frankfurt, declares himself to be delighted at the development: "IFFA is the international rendez-vous for the meat industry and, this year, has yet again consolidated its status as the most important platform for innovation in the sector."

The increasing need for information on the part of the consumer is proving a positive benefit for the trade. "Customers rely on the information provided by their local butchers. So they place great stock on products from the region," explains Heinz-Werner Süss, President of the German Butchers' Association (Deutscher Fleischer-Verband - DFV).

The importance of IFFA as the Number 1 for the meat industry is evidenced both in the breadth of topics covered, as well as, once again, in the high proportion of international exhibitors and visitors alike. More than half of the exhibiting companies come from outside Germany. The major exhibitor nations include Germany, Italy, Spain, the Netherlands, the USA, France, Denmark, Austria, Switzerland and Poland. And it is safe to assume a similar degree of internationality amongst visitors. High levels of visitor participation are expected from the states in the Russian Federation as well as from Italy, the Netherlands, Spain, Austria, Poland, Switzerland, the USA and Australia.
Source: fleischwirtschaft.com; Messe Frankfurt