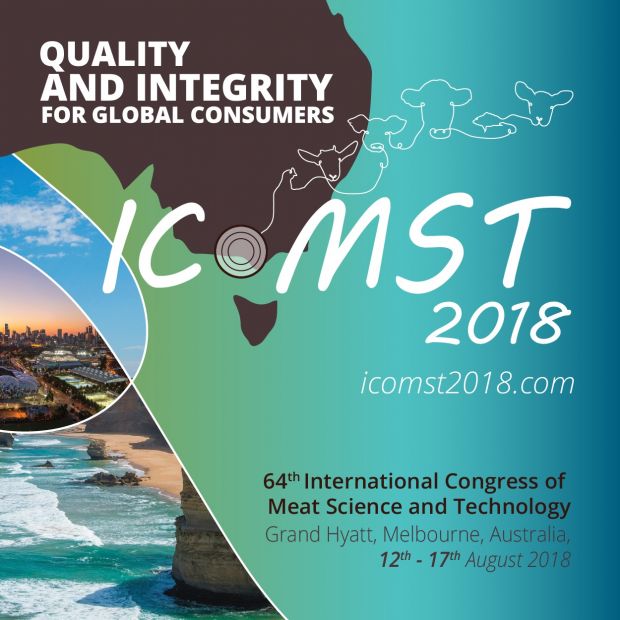 AUSTRALIA, Melbourne. The International Congress of Meat Science and Technology (ICoMST) is an annual gathering of meat scientists from around the world. This year’s 64th ICoMST will be held in August in Melbourne, Australia.


Several national and international speakers will deal with the theme of the congress, which is ‘Quality and Integrity for Global Consumers’.

One of the national speakers is Dr. Narelle Fegan. She is a Principal Research Scientist in the Food Safety and Stability Group at CSIRO. Dr. Fegan is a microbiologist with particular interests in food borne bacterial pathogens. Since starting at CSIRO in 1995, she has worked mostly with Shiga toxigenic E. coli (STEC) and Salmonella in relation to animal production systems. The main focus of her research has been studying the epidemiology and ecology of STEC and Salmonella in red meat production systems in Australia to gain a better understanding of how they survive, persist and are transmitted through the food chain.

One of the international speakers is Dr. Carlos Alvarez from Spain. He obtained his doctorate in the University of Oviedo (Spain) in 2012, the topic of the research work was focused on characterization of isolated proteins from porcine blood, based on their functional and antioxidant properties. Currently he is Research Officer in the Teagasc Food Research Centre involved in the ReValue Protein project, focused in recovery and re-valorisation of molecules of high-added value from co-products and processing streams of meat industry as blood, lungs, heart and other offal. As researcher, his main interest is to develop and apply emerging technologies to increase the value of food wastes and co-products.

The next but one ICoMST will be held in Berlin, Germany, in August 2019.