The science behind it all 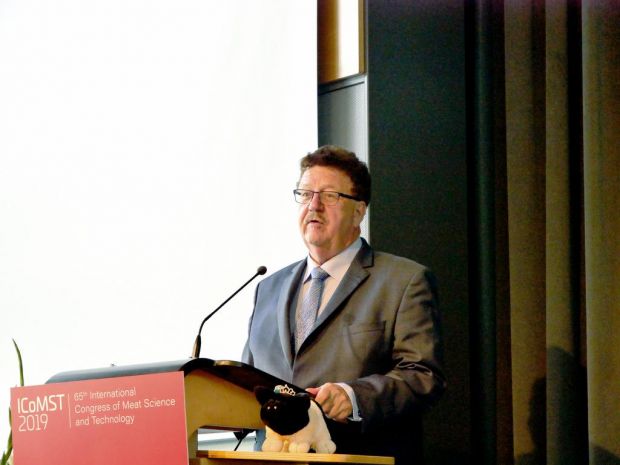 GERMANY, Potsdam/Berlin. The ICoMST International Congress of Meat Science and Technology returned to Germany after being held elsewhere for 28 years. More than 560 participants from 49 countries met in Potsdam for the 65th annual congress.


The theme of the 65th ICoMST was "Meat for Diversifying Markets", and the patron, Parliamentary State Secretary Hans-Joachim Fuchtel of the Federal Ministry of Food and Agriculture, emphasised both the role of meat as an important product in international trade and the various and growing expectations of society with regard to meat and meat products. According to the FAO, global demand is set to double by 2050, especially in developing and emerging countries.

But for Fuchtel, cuts of meat also play a key role in trade between similar markets: "Germany supplies ham to Italy, where it is processed into top-quality air-dried specialities," he said, citing one example. In return, pork from neighbouring countries is refined to make German sausage delicacies. Exchanges across national borders also play an important role for breeding animals and traditional breeds. Schwäbisch-Hällische gilts and boars from southern Germany, for example, undertake a 9,000-kilometre journey to the pastures of the Japanese island of Hokkaido.

Fuchtel described meat and meat products as major exports for Germany: in 2018 Germany posted exports of around EUR 9.2 billion (and imports of EUR 7.6 billion). As he pointed out, meat is an integral part of many people's diet and therefore an important aspect of nutrition research, which inevitably covers a range of different scientific fields. The theme of the congress was "Meat for diversified markets", signalling the importance of ensuring both the safety and quality of meat in the markets as a matter of great urgency, and of keeping up to date with the latest trends.

"Who will be the one to pioneer the marketing of meat based on cell cultures?" asked the Parliamentary State Secretary, referring to two dozen companies from the USA, the Netherlands and Israel which are competing for this honour. Fuchtel regarded "laboratory meat" and its safe production as fundamental fields of meat research.

Science as the basis of everything

As further examples, the Parliamentary State Secretary cited ethics issues and animal welfare requirements that are having an impact on meat consumption, especially in Germany. His ministry is therefore currently developing a framework for a voluntary animal welfare label. Fuchtel asked the experts to help provide a scientific basis for value chain criteria – from breeding and transport through to slaughter: "New scientific findings will help us advance in this area."