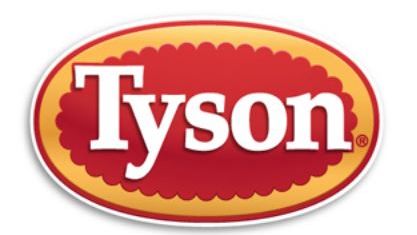 fleischwirtschaft.com — USA, Springdale, Ark. Tim Madigan has been selected to lead the development and execution of the company’s strategy and the direct relationships with all pure-play, online retailers.
Facebook
Twitter

“Given Tim’s extensive experience, we believe he’ll have an immediate impact on our ability to succeed in this critical channel, which we expect to deliver growth for many years to come,” said Brett Van de Bovenkamp, senior vice president, customer growth capabilities for Tyson Foods. Madigan will report to Van de Bovenkamp and will be based in the company’s Chicago office.

Madigan began his career at Procter & Gamble in 1997 as a sales account manager. He gained valuable experience in roles of escalating responsibility, such as key customer account management, including Walmart and Sam’s Club, headquarters market strategy and planning, brand management, and ecommerce. In 2009, he established the P&G ecommerce relationship with Walmart and earned three Supplier of the Year awards from Walmart.

Madigan joined SC Johnson & Son in May 2014, as director, ecommerce, North America, and a year later expanded responsibility as the director, global ecommerce. He was responsible for developing ecommerce strategies, capabilities and infrastructure across the entire portfolio of SCJ products and markets.