Human cases of influenza A(H7N9) on the rise again 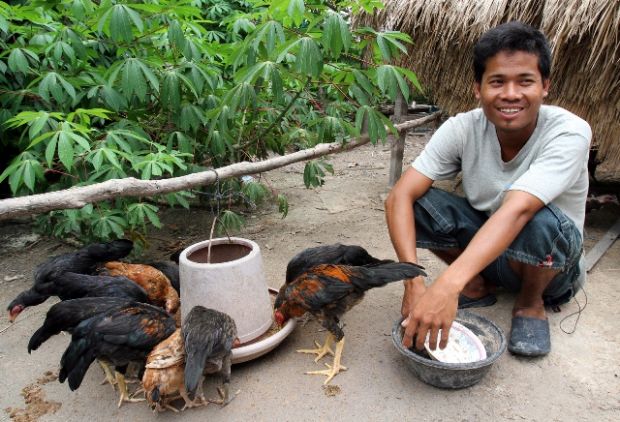 Human infections with the influenza A(H7N9) virus are on the rise again in China and the Chinese New Year festivities provide opportunity for further spread and human exposure, FAO warned.

Millions of people and poultry are expected to be on the move and many households will slaughter poultry at home to celebrate the New Year. FAO called upon neighbouring countries to remain vigilant in the face of A(H7N9) and other avian influenza viruses, such as highly pathogenic avian influenza H5N1.

The number of human infections with H7N9 has considerably increased since late December in East and Southeast China, according to the World Health Organization (WHO). The increase in cases was expected, as influenza viruses traditionally show increased activity during the winter months. So far, no other country has reported influenza A(H7N9) in humans, animals or in the market place.

There is strong evidence that people become infected following close contact with infected live poultry, mostly in live bird markets or when slaughtering birds at home. According to WHO, no sustained human-to-human transmission has occurred so far. Genetic analysis by FAO reference centres has revealed that the virus has not changed significantly since its emergence last year.

FAO is assisting a number of member countries, particularly those that are at high risk, in preventing and preparing for possible A(H7N9) introductions into their poultry populations, conducting  risk assessment, contingency planning and expansion of diagnostic capabilities, and risk based surveillance.

Focussing on good biosecurity standards on farms and markets, regular market cleaning and disinfection, and targeted surveillance in areas that have direct or indirect live poultry trade with infected areas, are essential. If infection in animals is shown or suspected to be confined to a specific area, culling should be considered as long as it performed in a humane way with appropriate compensation paid to producers and marketers.
You can buy the rights to this article here.
Source: FAO