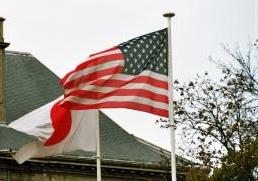 C. Ahead of President Obama’s April 24 meeting with Japanese Prime Minister Abe, more than 60 members of the House urged the administration to press Japan to eliminate tariff and non-tariff trade barriers for U.S. agricultural products as part of the ongoing Trans-Pacific Partnership (TPP) trade talks.

The National Pork Producers Council praised the lawmakers and reiterated that its support for the TPP is contingent on Japan removing those obstacles to free trade.

In a letter sent to U.S. Trade Representative Michael Froman and Agriculture Secretary Tom Vilsack, 63 House members said they are concerned that Japan has not made a comprehensive offer on market access for agricultural goods.

Japan is demanding special treatment for its agricultural sector, including exclusion from the agreement of certain “sensitive” products, including pork. The United States never has agreed to allow a trading partner to exempt as many tariff lines as Japan is requesting – 586. In the 17 free trade agreements the United States has concluded since 2000, 233 tariff lines have been exempted from having their tariffs go to zero.

The House lawmakers pointed out in their letter that acquiescing to Japan’s demands would be inconsistent with U.S. requests in previous trade deals and “could undermine the careful balance of concessions the other eleven economies have achieved. If Japan is allowed exemptions, other TPP countries could demand similar treatment, and the entire agreement would be at risk of unraveling.”

The Asian nation is an important market for U.S. agriculture – the fourth largest – which shipped $12.1 billion of food and agricultural products to the island nation in 2013.
Source: National Pork Producers Council