Changes in the Board of Directors 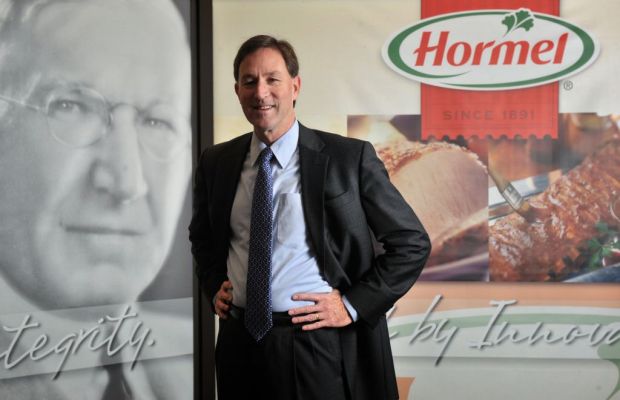 Jeffrey M. Ettinger served on the Hormel Foods Board of Directors since May 2004.

USA, Austin, Minn. Hormel Foods Corporation announced the retirement of Jeffrey M. Ettinger as chairman of the board.


The board of directors elected Jim Snee to be the company’s next chairman of the board, effective 20 November 2017, adding to Snee’s current responsibilities as chief executive officer and president of Hormel Foods.

“We thank Jeff for his outstanding leadership of Hormel Foods,” said Snee. “During Jeff’s tenure, the company experienced significant growth and expansion through organic growth, strategic acquisitions, and a continued focus on new product innovation.” Ettinger served on the Hormel Foods Board of Directors since May 2004 and as chairman of the board since November 2006.

As president and CEO, Snee has been instrumental in adding to the company’s mission of becoming a broader and more global food company. The company recently announced its entry into South America with the acquisition of the Ceratti brand, adding to its international roster. This acquisition, along with the Fontanini and Justin’s brands, marks the third acquisition under Snee’s leadership, continuing the legacy of growth and success as Hormel Foods completes its 126th year in business. The company just announced its 357th consecutive quarterly dividend.