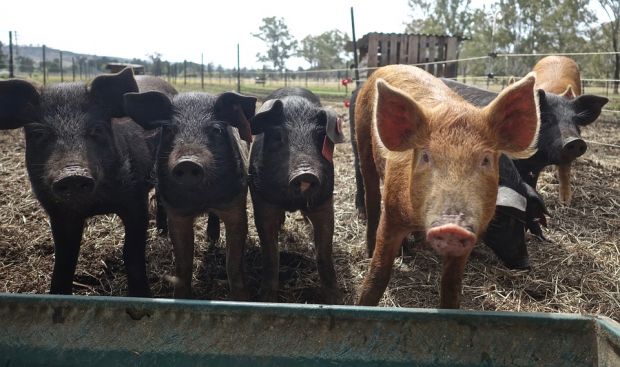 PED affects pigs but poses no risk to human health.

Canada, Alberta. A 600-head farrow-to-finish hog operation in Alberta has contracted the porcine epidemic diarrhea (PED) virus, a disease that causes diarrhea and vomiting in pigs. Alberta Pork is working closely with Alberta Agriculture and Forestry to fully investigate this outbreak and prevent the disease from spreading further.


This is the second-ever reported case of PED in Alberta. The first case was reported in January 2019. Since then, provincial stakeholders have been monitoring the situation to determine a source for that outbreak, but none has been found. At this time, it is uncertain whether the first and second reported cases of PED are linked in any way.

Strict biosecurity protocols are of utmost importance in limiting the impact of disease in agriculture. It is especially critical during this outbreak that producers consider enhancing biosecurity on-farm and in animal transportation. Producers are encouraged to submit all swine manifests, including farm-to-farm movements, in a timely manner.

Any place off-farm, such as an abattoir, should be considered as a potential source for bringing disease to the herd. Producers are reminded to review their farms’ biosecurity policies regularly and consult Alberta Pork or your herd veterinarian as required. Producers should also consult their herd veterinarians before making shipping decisions as a precaution if herd health issues are suspected.

PED affects pigs but poses no risk to human health. This incident has not caused any food safety concerns, and pork products remain safe for consumption.