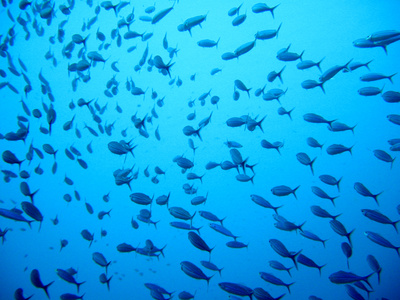 Scientists in Queensland have used historic media to measure the decline in Queensland’s pink snapper fishery, highlighting a drop of almost 90% in catch rates since the 19th Century.

Researchers from the ARC Centre of Excellence for Coral Reef Studies (Coral CoE) at the University of Queensland and the Department of Agriculture Fisheries and Forestry examined thousands of newspaper articles dating back to1870 to reveal the historic catch rates for the iconic Queensland fishery.

“We found that 19th century recreational fishers would regularly catch hundreds of fish off the coast of Queensland, often in just a few hours of fishing,” says Dr Ruth Thurstan, a Research Fellow from the Coral CoE.

Combining historical data with statistical analyses allowed the researchers to calculate catch rates, which are the number of fish caught per hour fishing per day, for nearly 300 fishing trips between 1871 and 1939.

When the researchers compared the findings to contemporary fishing trips, they found that recent catch rates averaged just one-ninth of historical levels.

“When we searched through these old newspapers we were amazed by the level of detail they provided,” Dr Thurstan says. “They give us a much better understanding of just how rich and productive this fishery used to be, as well as providing us with some fascinating insights into the development of offshore recreational fishing in Queensland.”

“Crucially, these newspaper articles place the modern day fishery into a longer-term perspective that isn’t available using only official records. This helps us understand the changes that have occurred in the fishery over time, and provides an additional piece of the puzzle for those managing this fishery today,” according to Dr Thurstan.