Frequency of contamination in commercial pork 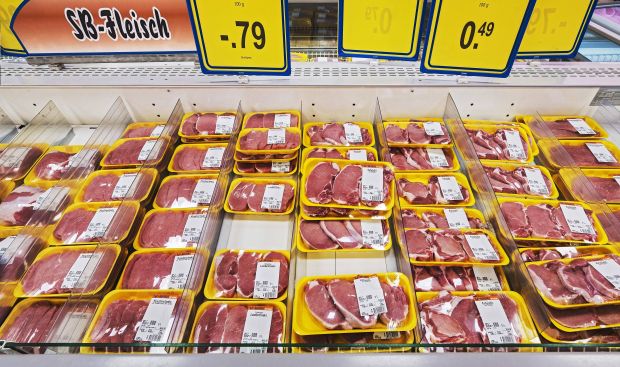 The results of the study now show that more than 10% of all samples tested are contaminated with HEV.

GERMANY, Tuebingen. Scientists from the Institute of Tropical Medicine at the University Hospital of Tuebingen, in cooperation with the Robert Koch Institute, the Federal Institute for Risk Assessment in Berlin and the Hannover Medical School, have conducted a study to detect the hepatitis E virus in commercial pig liver and pork products in Germany. The results are currently published in the Journal of Viral Hepatitis.


In order to find out whether and how frequently commercial pork products in Germany are contaminated with HEV and thus to assess the risk of infection, scientists led by Professor Dr. Thirumalaisamy P. Velavan, head of the Molecular Genetics of Infectious Diseases Group at the Institute of Tropical Medicine at the University Hospital of Tübingen, and his cooperation partners from the Robert Koch Institute, the Federal Institute for Risk Assessment in Berlin and the Hannover Medical School conducted a detection study.

Pork livers and pork products from various supermarkets and butchers in Tübingen, Reutlingen, Stuttgart and Dortmund were tested for HEV RNA. Between October 2019 and February 2020, the researchers took 41 samples of pork livers, 40 of spreadable liver sausages (Delikatessleberwurst, Hausmacher Leberwurst, Gutsleberwurst, Pfälzer Leberwurst, Sahneleberwurst), 40 of liver patés and ten of raw sausages without liver (Braunschweiger Mettwurst, Zwiebelmettwurst, Schinken-Ziebel-Mettwurst). The samples tested for HEV came mainly from West and Southwest Germany, some from other European countries such as Poland, Austria, Belgium and the Netherlands.

"Since the distribution and exposure to hepatitis E varies across Europe, the aim was to assess the actual prevalence of HEV contaminated meat and to estimate the risk of exposure and infection. The results of the study now show that more than 10% of all samples tested are contaminated with HEV," Professor Velavan said.

The detection of the HEV genome is much higher in pork products than in pork livers; the samples from pork livers show a proportion of 5%, and 13% in liver sausages. Taking into account the origin of HEV-positive meat products, no regional prevalence could be determined. "After comparisons with earlier studies, the results indicate that in Germany the prevalence of hepatitis E viruses in food containing pig liver has remained relatively unchanged and very high for the past ten years," Professor Velavan sums up. The infectiousness of the virus was not investigated, so detected viruses can already be inactive due to heating during food production.