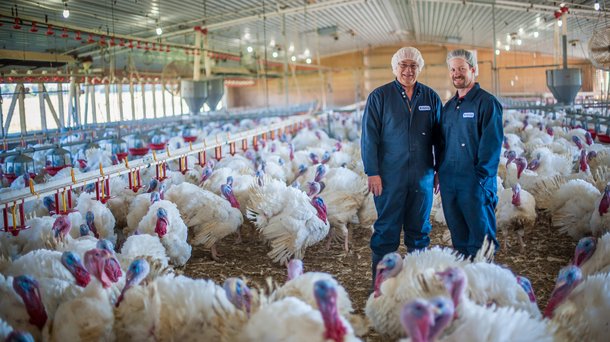 THE NETHERLANDS, Boxmeer. Hendrix Genetics has teamed up with some of Europe’s industry leaders to use blockchain to provide a transparent, efficient, supply chain that is compliant with the the one-star animal welfare standard.

Being positioned at the start of the value chain, the company has an important part to play and has an influence on the final outcome. In 2017 Hendrix started collaborating in the Better Life One-star turkeys project with several parties. The goal is to enhance animal welfare. The company believes it is time to make the turkey supply chain fully transparent. Blockchain will improve safety, quality and efficiency.

Currently in the Netherlands, there is a rating system run by the Dutch Society for the Protection of Animals. This program provides 1, 2 or 3 stars to meat. It began a decade ago, when six poultry farmers gave their chickens more room and a covered outdoor space. This qualified them for the new certification. Since then, the program has grown to include over 800 farms and 31 mill. animals being raised under this standard. The criteria for certification include the conditions on the farm, the health of the animals, and how fast they grow. As a world leader in animal breeding, who is committed to animal welfare, it became imperative that Hendrix work with this program.

Blockchain should be a great fit to help to achieve the goal of supplying and supporting producers with animals that will qualify for the certification. Through the use of blockchain, it is possible to authenticate that the turkey meat is produced according to the programs standards. This provides trust, as well as greater efficiency in the supply chain. When everyone from breeding to retailer, has access to authenticated real-time data, everyone benefits.