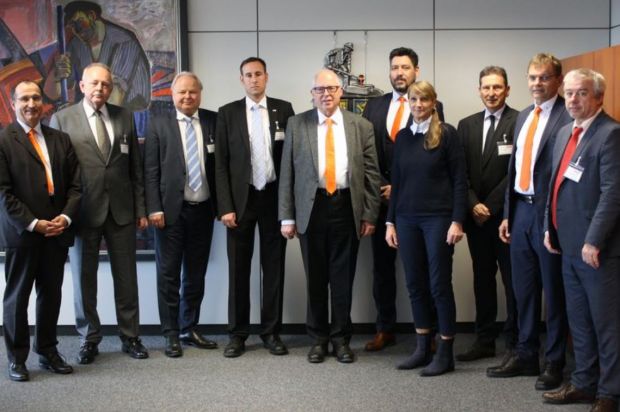 Photo: Handtmann
The management teams of both companies are pleased with the signing of the agreement and are very positive about the cooperation.
Related Topics:

The two companies signed a corresponding purchase agreement. The acquisition is still subject to approval by the Bundeskartellamt, the German Federal Cartel Office.

As a result of this close cooperation, both Handtmann and Inotec benefit from better opportunities for growth and can therefore also open up new industries. No changes to jobs are planned in connection with the acquisition.

And with great success: the company is currently represented worldwide by eleven sales branches and 60 sales partners. The systems are produced in Biberach, Germany. In 2019, the filling and portioning systems division with 800 employees generated sales of over €200 mill. The company is a market leader for its main target group, the meat processing industry. Handtmann Maschinenfabrik is also attracting an increasing number of customers in other food sectors, such as baked goods.

Handtmann intends to build on this success in the future together with Inotec. Inotec is a leading manufacturer of innovative mixing and emulsification technology as well as tying machines for the food processing sector. The Inotec Group employs around 270 people at four locations in Reutlingen (Baden-Württemberg), Herzebrock-Clarholz (North Rhine-Westphalia), Hluk (Czech Republic) and Saverne (France). In 2019, the Group generated an annual turnover of over €30 milli. In future, Inotec will belong to the filling and portioning systems division at Handtmann, where it will be continued in its current form. No change in the number of jobs is therefore planned in connection with the acquisition. The current Inotec management team will continue to run the company’s day-to-day operations.