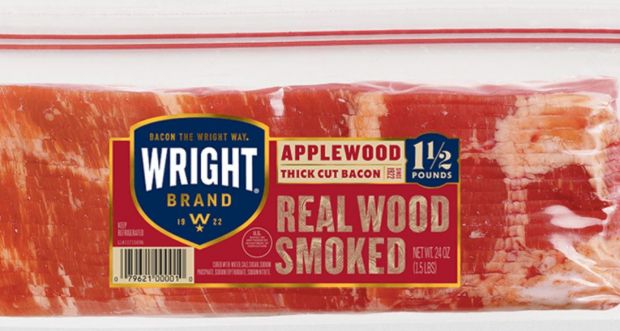 fleischwirtschaft.com — USA, Springdale. Tyson Foods is investing $26 mill. to expand production at the Wright Brand Bacon facility in Vernon, Texas. Scheduled for completion by March of 2021, the expansion is expected to create 32 new jobs, bringing the total employment at the plant to more than 800.
Facebook
Twitter

The bacon category has seen volume growth, up 18% since 2017, with new people entering the category and existing buyers consuming more bacon, most recently due to an increase in at-home meals. Surpassing category growth during this same time period, Wright Brand has increased volume by 29% as more buyers are introduced to the brand. The expansion is expected to satisfy current demand and allow room for additional growth.

Tyson Foods and its family of companies operate ten food processing plants in Texas, employing more than 12,000 team members and paying more than $480 mill. in annual wages as of the most recently completed fiscal year. The company also contracts with more than 230 poultry growers and more than 90 cattle suppliers in the state. It’s estimated Tyson Foods’ operations have a total annual impact of nearly $3 bn. in Texas.