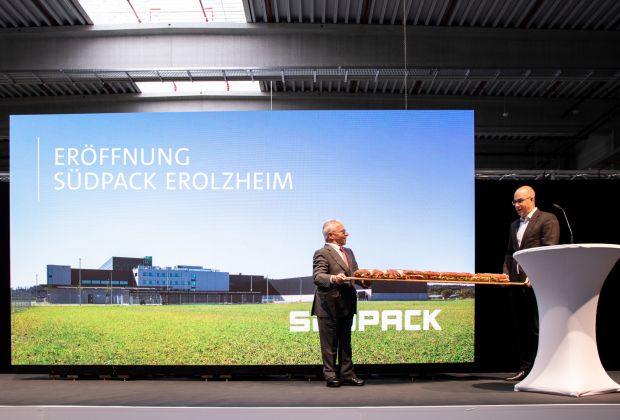 In a frame adapted to the pandemic the opening of the new production site was celebrated on 6 October 2020 after two years of construction.

GERMANY, Erolzheim. In a frame adapted to the current situation the opening of the new Südpack production site in Erolzheim was celebrated in October after two years of construction.


With the cutting-edge complex, the company is not only significantly enhancing its production capacity – with the fully automated state-of-the-art logistic center, the film manufacturer will now also be able to more efficiently supply customers around the world. The buildings provide a usable area of 18,800 m², and the total investment amounted to roughly € 40 mill. Approximately 100 employees will work at the new site.

The construction of the new plant in Erolzheim, after the commissioning of the site in Schwendi in the middle of last year, clearly demonstrates the company’s continued dedication to Upper Swabia. The company group has strong roots in the region, but is also well positioned across the world with seven production sites and 20 subsidiaries. In roughly 75 countries spanning all continents, customers use the high-tech films to manufacture packaging and technical products.

The new site with roughly 6,700 pallet bays not only serves as a warehouse for mother reels – it is also where they are specifically processed for customers with the latest cutting technology.