Convenience stores are a growing market for meat 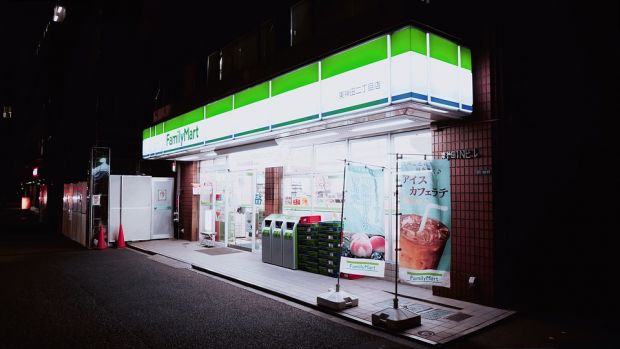 According to Euromonitor per capita spending on foodservice products at convenience stores increased 14% worldwide between 2013 and 2018.

USA, Washington. Convenience stores are offering a wide selection of entrée and full meal options that are winning over customers and creating more demand for US red meat. For every gourmet hot dog sold in a South Korean GS25 store, every bowl of beef noodle soup ladled from a 7-Eleven hot food counter in Taiwan and every pork sausage sandwich pulled from a shelf in a Mexican Oxxo outlet comes another trade opportunity for the US beef and pork industries.


Working to stay a step ahead of the competition for this rapidly growing sector, USMEF uses funding from the USDA Market Access Program (MAP), the Beef Checkoff Program and the National Pork Board to promote US beef and pork – especially processed beef and pork items, but also raw material for further processing – as the centerpiece of convenience store fare in several international markets.

Japan, Taiwan, the ASEAN region and Mexico are other fast-growing markets identified by Euromonitor, while a USDA report suggests China’s convenience store chains, which have historically focused on lower-priced processed foods, are beginning to expand premium and imported food offerings. This trend is likely to continue as younger Chinese consumers shift away from traditional retail outlets.

These numbers lend further perspective to the Euromonitor data: In 2018, the average American spent $44.50 on foodservice items at a convenience store, which ranks fourth globally. Japanese consumers ranked first with an average of $240.80, followed by Taiwan at $80.70 and Norway at $72. The average Korean spent only $39.70 last year – good for fifth place on the list. But projected growth puts Korean spending at $58.40 by 2023. If these projections hold true, Korea would move ahead of the U.S., which is expected to reach $54.60 by 2023.

Even in less-developed markets, spending is on an impressive trajectory. In Thailand, for example, the average consumer forked over $28.80 on convenience store foodservice items in 2018 (good for No. 6 on Euromonitor’s list), but the amount is projected to exceed $50 within the next five years.

Following is a glimpse of some of the markets where the convenience store trend is strongest, along with USMEF’s promotional efforts in these destinations:

Though it is by far the leader in per capita spending on foodservice products at convenience stores, Japan still has room for growth. Euromonitor indicates spending increased 16% between 2013 and 2018, and is expected to rise another 7% by 2023. A pioneer of sorts in the pre-packed, ready-to-eat meal game, Japan’s convenience stores often resemble a supermarket/restaurant combination. There are more than 20,000 7-Eleven stores in Japan, competing with major chains Lawson and Family Mart. Both beef and pork are well-utilized in Japan’s convenience store offerings, which range from bento boxes, to beef bowls, to sandwiches to noodle dishes.

In Mexico, demand has increased for convenience foods and prepared meals due to population shifts toward urban centers and more women entering the workforce. According to Euromonitor, per capita spending on convenience store food items rose 24% between 2013 and 2018, to $8.90, and is expected to expand another 12% over the next five years. Euromonitor also reported that the packaged food market in Mexico is expected to reach $53.5 bn. by 2022. High-growth categories in this forecast include processed meat and seafood snacks and “ready” meals – pre-packaged sandwiches, entrees and side items. Oxxo is the largest convenience store chain in Mexico with more than 17,000 locations throughout the country.

There were only about 10,000 convenience stores in South Korea in 2007, but that number tripled over the next decade. Recent growth has been even more aggressive. Korea’s home meal replacement (HMR) market more than doubled between 2011 and 2018 and the meal kits – a supermarket and wholesale chain store item now offered by convenience stores – continue to gain popularity.

Recent data showed there are nearly 11,000 convenience stores in Taiwan, or one for every 2,222 people. This is the second-highest density worldwide, according to Taiwan’s Ministry of Economic Affairs. Taiwan trailed only South Korea (one store for every 1,452 people) and was ahead of Japan (one store for every 2,248). Besides 7-Eleven (5,281 outlets as of mid-2018) and Family Mart, the other major convenience store chains in Taiwan are Hi-Life and O.K. Mart.  Taiwan’s 7-Eleven stores have been labeled as “food heaven” by the country’s consumers.

A recent USDA GAIN Report described China’s convenience store sector as 100,000 strong and “one of the most rapidly developing retail models in China, with sales of more than $28 billion in 2017.” Meiyijia, Family Mart, 7-Eleven and Lawson are the top chains, with locations spread across the country. While the sector has traditionally focused on lower-priced processed foods, several chains are increasing their premium and imported food offerings. In its 2019 report, Euromonitor showed per capita spending on convenience store foodservice items in China increased 50% between 2013 and 2018 and projected a 67% increase by 2023.  However, retail trends are changing with a new generation.  According to statistics from Family Mart, younger Chinese consumers are a major force in the convenience store market, with those born in the 1980s and 1990s accounting for 88.4% of total customers. Statistics from 7-Eleven indicate that consumers aged 20 to 40 make up 88% of its customer base.  Both companies report that most of their customers in China are office workers.

Consumer demand for convenience has not skipped Southeast Asia, where there are roughly 73,000 convenience stores across the region. According to Nielsen’s recent report “What’s Next for Southeast Asia?” convenience stores are increasing by 10% year-on-year. In addition, the number of mini-market stores in the region, which currently stands at 50,000, is growing by nearly 5% annually. Euromonitor reported that per capita spending on foodservice products in convenience stores rose 87% in Malaysia between 2013 and 2018 and is projected to increase another 139% over the next five years. The Philippines saw a 93% jump the past five years and is expected to achieve another 81% growth by 2023. Convenience stores in the region have moved from providing impulse products such as snacks, beverages and tobacco, to competing against quick-service restaurants by expanding their range of ready-to-eat food items.