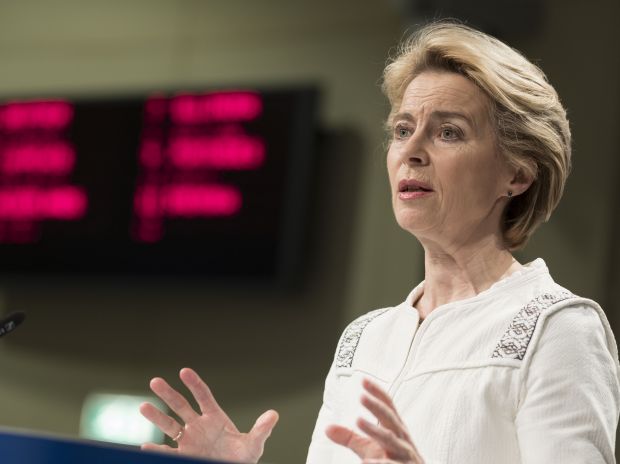 BELGIUM, Brussels. Von der Leyen is attempting to achieve greater success in the fight against species extinction and climate change.


When it comes to quality, food from Europe has a good reputation. Now the EU agricultural sector should also become a model for sustainability in the world. EU Commission President Ursula von der Leyen suggests this in her "Green Deal".


All economic sectors should reduce greenhouse gas emissions more than previously planned. The EU Commission's climate package provides for a reduction of 50 to 55% by 2030 and climate neutrality by 2050. This opens up opportunities for all parts of the food chain, according to the EU Commission's strategy.

The present proposal to reform the CAP should not be changed despite the tightening of climate protection rules. However, the EU Commission wants to make sure that the EU member states observe the climate targets in their national strategy plans.

Today, agriculture contributes to a decline in species and produces too many greenhouse gases, von der Leyen said. For this reason, 40% of agricultural subsidies from the EU budget are to be reserved for climate and environmental protection in future. In its communications, the EU Commission mentions the ecological regulations from the first pillar of the CAP as a central element of climate policy in the agricultural sector. The eco-regulations were intended, for example, to promote the binding of carbon in soil. The one-year eco-regulations are also intended to provide incentives for the more targeted application of fertilisers.

Working together with farmers

Von der Leyen sees farmers as part of the solution for climate protection and wants to encourage them. In the presentation of her strategy, she imagines committed young farmers who bring new life to rural regions with their interest in old species. The climate neutrality of the EU from 2050 onwards would provide investors with the necessary security, the Commission President assured. Visions must be combined with "as much realism as possible". Therefore, there should first be an impact assessment before setting reduction targets for the reduction of chemical plant protection.

It would be an incentive for all other countries in the world, von der Leyen explained, if the EU could present itself at next year's climate conference (COP26) in Glasgow with a decided climate neutrality by 2050. Since the EU is only responsible for 10% of the world's greenhouse gases and cannot therefore save the climate on its own, the EU must set an example and encourage other major emitters to adopt it.