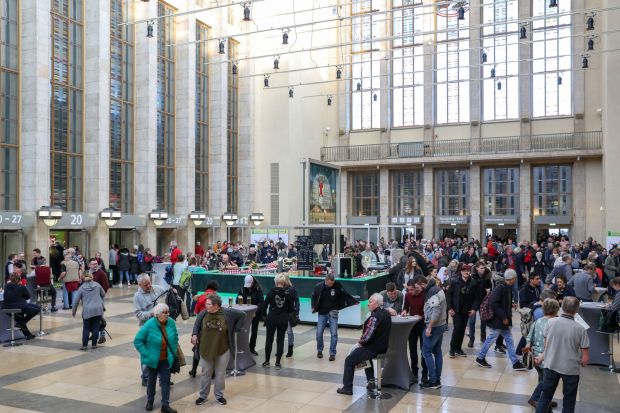 fleischwirtschaft.com — GERMANY, Berlin. An intensively conducted dialogue on agricultural policy, a global overview of the food industry and agriculture at both a national and an international level, and a rewarding experience for the general public: In 2020 the International Green Week Berlin confirmed its standing as the world’s leading trade show for agriculture, food and horticulture.
Facebook
Twitter

As was the case last year, attendance at the fair and congresses in the halls on the Berlin Exhibition Grounds exceeded 400,000, including some 90,000 trade visitors (2019: 85,000) from 75 countries. Discussions focused on the challenges faced by agriculture and the food industry as a result of climate change, and on proposed solutions aimed at finding production methods that are sustainable and ecological and that conserve resources. The quality and safety of foodstuffs, animal welfare and safeguarding world food supplies were the subjects of many discussions at the fair.

This year particular mention should be made of the active involvement of the German government. Julia Klöckner, Federal Minister for Food and Agriculture, summed up: “With our slogan in the hall ‘You decide’ we have enabled visitors to change their perspective. We were able to show them how they, as consumers, can have a say and make decisions in their everyday lives, thereby exerting an influence on what is produced in the long term. Farmers and consumers feel massively misunderstood, and there is a lack of appreciation for those who live and work in the country. For this reason, from the start of the year we have extended a nationwide invitation for everyone to sit around the same table – environmental associations, politicians, the media, consumers and, of course, our farmers.”

In addition to the ministry of agriculture, special shows are also being presented individually by the ministries of development, the environment and research. A total of seven federal ministers undertook tours of the Green Week 2020 in search of information. Numerous minister-presidents of various federal states as well as leading representatives of the parties in the Bundestag (lower house) also undertook their own tours to obtain information. The prominent guests also included Janusz Wojciechowski, EU Commissioner for Agriculture and Stella Kyriakides, EU Commissioners for Health and Food Safety.

Food security the key topic at the GFFA

The effects of climate change and the rapid growth in the world’s population are putting an added strain on resources which are unevenly distributed and in short supply. How can trade balance this situation? And how must it take place in order to ensure food security, diversity and sustainable supplies? These were the key topics at the 12th Global Forum for Food and Agriculture (GFFA).

From 16 to 18 January around 2,000 participants representing politics, business, research and society accepted the Federal Ministry of Food and Agriculture's invitation to take part in discussions under the heading 'Food for everyone – diverse, safe and sustainable'. The high point of the GFFA was the 12th Berlin Agriculture Ministers' Conference, at which Federal Minister of Agriculture Julia Klöckner welcomed 71 colleagues from around the world as well as representatives of 12 international organisations. The participants summarised the results of their talks in a joint communiqué, in which they pledged to promote international agricultural trade and to also make it sustainable.