How to feed our cities 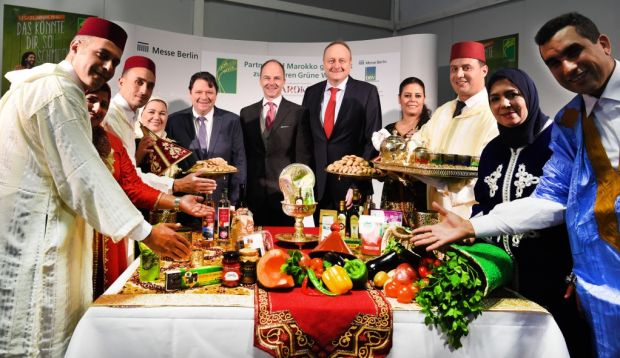 Marocco was this year's partner country of Green Week.

GERMANY, Berlin. According to UN projections in 2050 seven billion people, or three-quarters of the world’s population, will be living in cities.


Securing adequate and healthy food supplies for so many people poses a huge challenge. This was the message delivered by Ban Ki-moon who spoke via video link at the 8th Global Forum for Food and Agriculture (GFFA), which took place from 14 to 16 January parallel with the International Green Week 2016.


Over a period of three days around 2,000 attendees representing politics, business, science and society from more than 100 countries gathered in the CityCube to discuss the issue of urban food security in the future, and the role that agriculture and rural areas will play in that context.

BMEL
At the opening of the International GFFA Panel Federal Minister of Agriculture Christian Schmidt reminded the audience that the numbers moving from rural to urban areas still represent the largest migration of our times. “Urban development is impossible without agriculture“, he said. 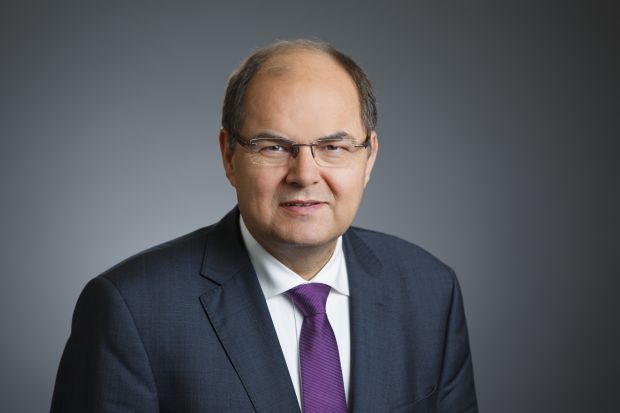 BMEL / photothek.net / Thomas Köhler
Christian Schmidt, German Federal Minister of Food and Agriculture.
Milan’s mayor Giuliano Pisapia illustrated what cities can do in that respect. After he set up the Milan Urban Food Policy Pact the mayors of 116 cities put their names to this agreement at Expo 2015, thus committing themselves to developing systems for sustainable food supplies. Milan had provided urban areas for growing fruit and vegetables. These gardens were now the norm in every school in Milan, he added.

Ann Tutwiler, director general of the research institution Bioversity International, called for scientists in agricultural research to focus less on maximising crop yields and instead to concentrate on the nutritional properties of food. She reminded the audience that diseases caused by a poor or unbalanced diet are on the increase all over the world. However, this also opened up opportunities for farmers in urban areas and close to cities, for production that would result in more diverse foods.

Bouchaïb Harris illustrated this with an example. As a farmer from Morocco, he had switched to organic farming in 2006 because conventional methods were unprofitable. Along with numerous other farmers he joined a producers’ cooperative just outside Casablanca which delivers baskets full of vegetables to urban residents who have signed up to their scheme.

Marco Marzano de Marinis, secretary general of the World Farmers’ Organisation (WFO), called upon the politicians present to engage in a dialogue with farmers and to involve them more in agricultural and environmental policymaking. He noted that worldwide, farmers faced a specific problem: a lack of funds and access to new products.

This was also echoed by the participants in the International Business Panel. The focus of their discussions was on how agriculture and the food industry would be able to secure food supplies in the future and where the limits were to modern production methods. Cornelis Pieter Veerman, a professor at the Dutch universities of Tilbug and Wageningen, listed the main global influences on agriculture and food security: climate change, which was already responsible for reduced crop yields in many parts of the world; dwindling drinking water supplies; the growing demand for energy; demographic change, resulting in massive shifts in food demand; and a geo-political power shift towards Asia and away from Europe. Despite these changes food production, particularly in Asia and Africa, needed to increase in order to ensure global food security, he added. The farmers, and above all women, who did most of the farming work, needed access to mechanised equipment. Furthermore, spending on research and development had to be massively increased.

“We continue to live in a world where hunger and malnutrition exist“, said Professor Matin Qaim of the University of Göttingen. However, there was no reason to be pessimistic about developments. In 1990 21% of the global population suffered from malnutrition, whereas today’s figure was 11%. Part of this success was due to increases in productivity and farming income, said Qaim. However, in order to increase productivity better technology was required and the markets needed to function better as well.

Innovation and new products are one side of the coin. It was just as important to assist farmers with new technology, Qaim added. This was where the industry could help, for example by supplying producers with high-yield seeds or facilitating access to value chains, said Frank Terhorst, head of the seed marketing department at Bayer AG. Farmers should always be able to choose between conventional and genetically engineered crops, he added.

For Jason Clay, senior vice-president, WWF, the main issue was how to reduce the farming industry’s carbon footprint. The impressive number of 70% of global species extinction was caused by food production methods. The same industry was also significantly responsible for water contamination and soil degradation. Making better use of resources needed to go hand in hand with reducing food waste and improving awareness among consumers.

The high point of the three-day conference was the traditional Berlin Agriculture Ministers' Summit, to which ministers of agriculture from 65 countries and high-ranking members of the World Food Organization (FAO) and the EU Commission had been invited by Federal Minister Christian Schmidt. In their final communiqué the ministers called for the issue of urban food security to become a global priority. In their opinion, without the farming industry successful long-term urban development was impossible. They pledged to jointly create the political and social conditions necessary to overcome the three decisive challenges en route to global food security: to create productive and sustainable farming industries able to satisfy rising food demand, able to maintain wildlife diversity and make efficient use of dwindling natural resources; to establish reliable supply and value chains able to satisfy urban demand with food production from rural areas and able to minimise food waste; and to create thriving rural areas with attractive working and living conditions able to reduce migration from these areas and to take away the pressure on expanding cities.

At the end of the conference the communiqué was handed over to Joan Clos, the executive director of the UN Habitat Summit and Hiromichi Matsushima, the deputy minister of agriculture of Japan. The aim of the next UN-Habitat Summit in October 2016 is to agree on a new agenda for sustainable urban development. Japan currently chairs the G7 group.