by Editor fleischwirtschaft.com
Sunday, May 05, 2013 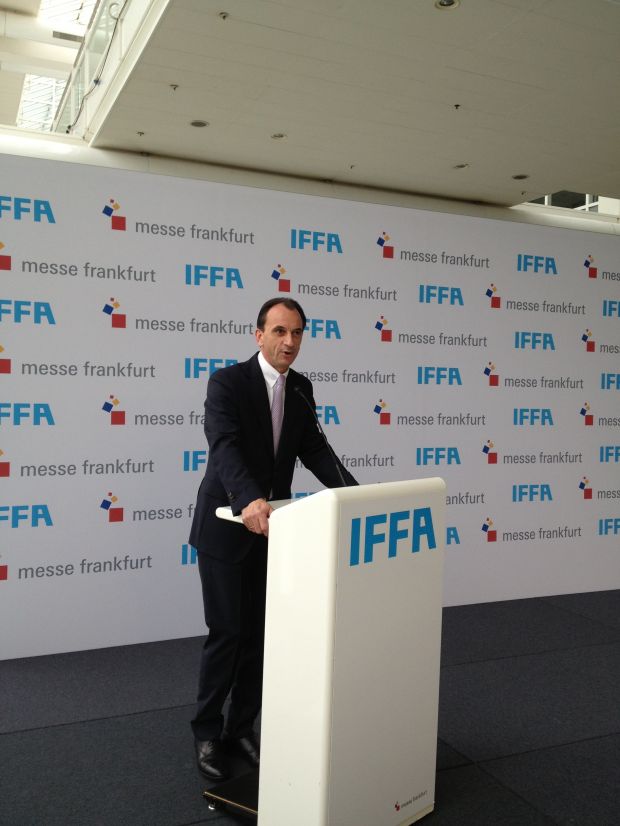 A pleasant musical prelude was offered by the "Fröhliche Frankfurter Fleischer Frauen" in the foyer of Hall 4 - only to be followed by hard facts.

Wolfgang Marzin, head of Messe Frankfurt, reminded visitors that the IFFA was founded nearly six decades ago as the leading trade fair for the meat industry in Germany. The Hessian State Minister Michael Boddenberg was confident that the last record of 58,000 visitors was set to be equalled if not beaten.

Heinz Werner Süss, President of the German Butchers' Association, praised the fact that the fair showcases today's new products and upcoming trends. And the VDMA Chairman Berthold Gassmann pointed out that nowhere else are the trade visitors as numerous and international as at the IFFA.

The level of international interest is also reflected in the internationalism of the 960 exhibitors (itself a new record) from 47 different countries, Marzin emphasised. Nevertheless the event has retained its roots in butchery craftsmanship, said Boddenberg, himself a master butcher, who believed that the large number of exhibitors is proof of the economic success of the fair.

The butchery association is drawing large crowds with its daily competitions, said Süss, inviting visitors to call by at the stand in Hall 4.1 for a chat. The main focus of the fair is on the current major trends including automation and food safety, concluded Gassmann before the minister and the members of the DFV board were taken by the head of Messe Frankfurt on a tour of exhibitors' stands from Germany and abroad.
Source: fleischwirtschaft.com; Frankfurt daily