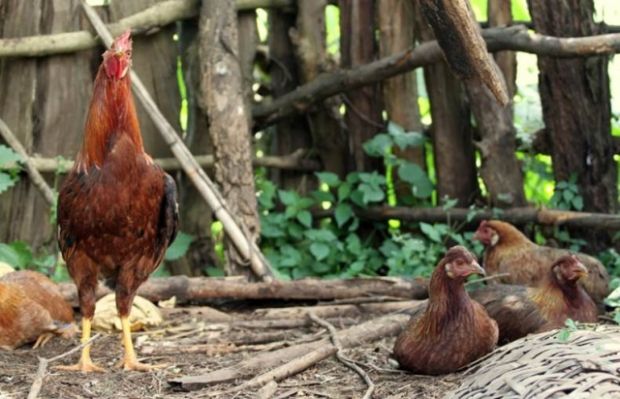 GHANA, Accra The Ghanaian National Association of Poultry Farmers (GNAPF) says it is yet to receive the financial support the government promised to revive the ailing poultry industry.

The Chairman of GNAPF, Kwadwo Asante said the association was still waiting for the GH¢39.54 mill. (about 10.4 mill. €) which were promised in August 2014.

According to him, 2014 was very challenging to poultry farmers, and cited the depreciation of the cedi against the major foreign currencies and the power crisis as the main causes. He said about 80% of the ingredients of poultry feed were imported and the cedi depreciation had increased the cost of production tremendously.

Asante indicated that if the government had provided earlier the financial support it had promised, the poultry farmers would have produced enough birds to feed the whole country this festive season. He pointed out that GH¢21,34 million of the amount the government had promised in August 2014 had been expected to be given to a company called Johnny’s Food and Meat Complex (JFamco) in order to set up a processing plant in Accra.

“The only support the poultry industry has seen this year is a private initiative, dubbed ‘Project One Million Birds’, by Boris B’s Farms & Veterinary Supplies Ghana Ltd under which farmers managed to produce 400,000 birds for the local market,” he noted.

He, therefore, appealed to the government, the Ministry of Trade and Industry and the Ministry of Fisheries and Aquaculture to speed up the release of the Export Development and Agricultural Investment Fund (EDAIF) because it was long overdue.

The government, some months ago, indicated that it had initiated an intervention to revamp the poultry sector. The proposed project targeted the production of five mill. broiler birds annually, with 15,000 broiler birds being processed daily at two existing processing plants in the Ashanti Region, namely, Darko Farms Company Ltd and Yamoah Company Ltd, and a third plant to be established in the Greater Accra Region on the premises of JFamco Ltd.

Project funding of GH¢39.54 million was requested to be released for the immediate implementation of phase one of the project in 2014, of which GH¢21.34 million would be utilised as project credit for the establishment of a poultry processing plant in greater Accra Region at the premises of JFamco under collaborative arrangement with GNAFPF.

An amount of GH¢14.77 million was also to be utilised to support broiler production to feed the two existing processing plants in the Ashanti Region.

The remaining GH¢3.43 million was to be utilised as a grant to support project management and outgrower apprenticeship activities.

Haruna Iddrisu, the then Minister of Trade and Industry, said by the last quarter of 2014 there would be a stimulus support package for the production of poultry to facilitate the economic development of the country.
Source: Graphic Online